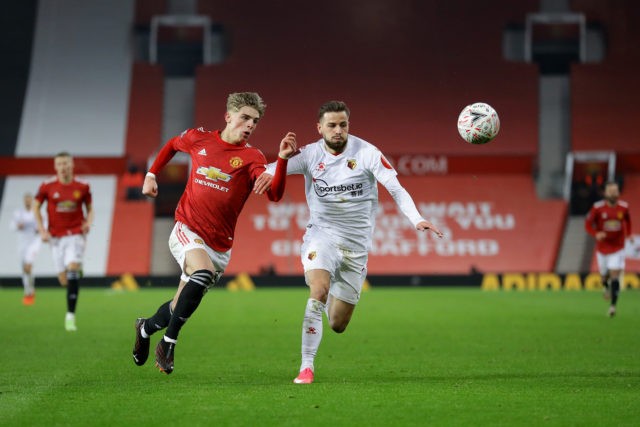 The Magpies have been linked with a move for the 20-year-old Manchester United defender, with The Chronicle claiming earlier this month that the player himself is keen to join the Tyneside club.

Downie has claimed that Southampton and Bayer Leverkusen are interested in getting his signature as well.

Jamal Lewis has struggled to make an impact since his £15 million move from Norwich City in the summer, and Bruce wants competition in that department.

Downie said to Sky Sports: “I know there is interest in Brandon Williams from Manchester United. But we have mentioned Southampton and Bayer Leverkusen, so there is a lot of interest in Williams.

“Jamal Lewis has failed to settle fully since his £15m move from Norwich, and I think Bruce would want competition there.”

Williams made his breakthrough last term and ended the campaign with 36 appearances for United in all competitions.

He has struggled for regular games this season and has dropped down the pecking order following the arrival of Brazilian left-back Alex Telles in the summer.

Southampton have reportedly made an approach while Everton are also interested in signing the youngster.

Williams is a versatile full-back and Ole Gunnar Solskjaer described him as a ‘top-class’ player last season.

He is a natural right-back but largely played as a left-back last season.

Williams could be an interesting addition for Everton. The Toffees could be looking to sign a right-back as a cover for Seamus Coleman. Jonjoe Kenny has failed to impress Carlo Ancelotti and he could leave the club in January with Burnley interested.

Alternatively, he could also be a good back-up option for French left-back Lucas Digne.

However, Newcastle can provide him with a regular game time that he badly needs at the moment, but the Magpies need to move quickly.