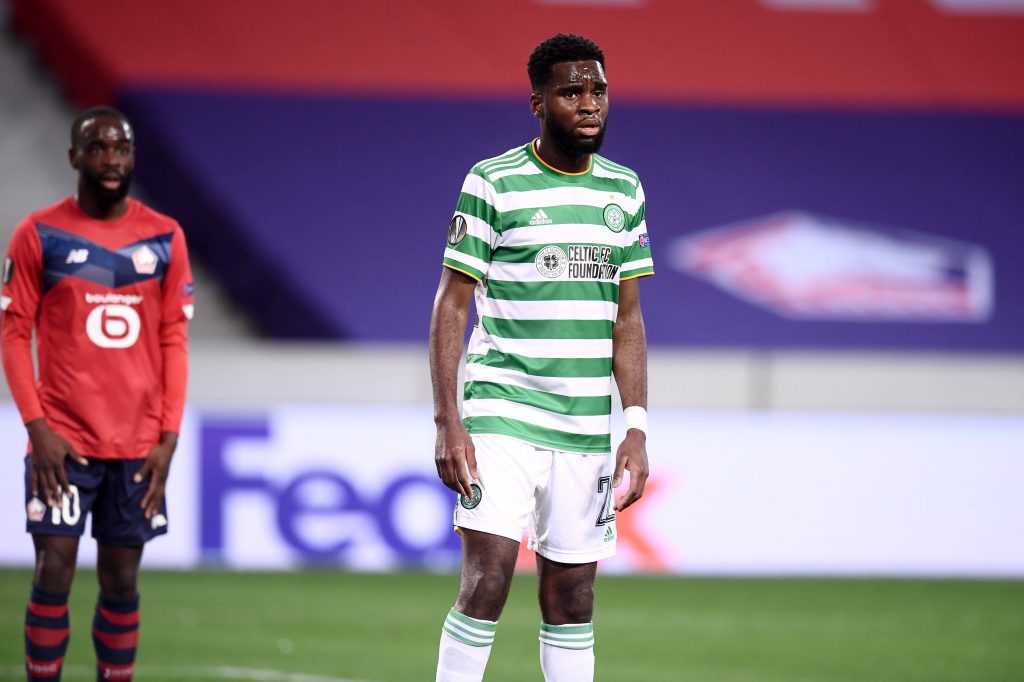 Borussia Dortmund are looking to sign Celtic striker Odsonne Edouard this summer, according to Football Insider.

Edouard has enjoyed four excellent seasons at Celtic since signing from Paris Saint-Germain.

He has scored 81 goals and registered a further 37 assists in 161 outings for the Scottish side, winning three league titles and an SFWA Footballer of the Year award.

The 23-year-old has been strongly linked with moves away from Parkhead over the last year. West Ham United have seemed like the most likely destination, while Arsenal and Leicester City have also been rumoured.

Football Insider are claiming that Dortmund are ready to join the chase for Edouard this summer.

The Black and Yellows currently own one of the world’s most prolific strikers in Erling Braut Haaland.

The Norwegian has been sensational since his move from RB Salzburg in January 2020, scoring 51 goals in 54 appearances in all competitions.

Haaland has since become one of the most sought after players on the planet, with Manchester City, Manchester United, Real Madrid, Barcelona and Bayern Munich all reportedly hoping to sign him. This has caused major doubts at Dortmund over his future.

As a result, they have reportedly turned to Edouard as a possible replacement.

For now, interim manager Edin Terzic will be focused on securing Champions League football for next season, as well as lifting some silverware.

Dortmund’s league campaign has not gone as planned. They currently sit fifth in the Bundesliga, five points off the top four with just five games remaining.

However, they have reached the final four of the DFB Pokal and play second tier Holstein Kiel in the semi-finals. If they win, they will meet RB Leipzig or Werder Bremen in the final.