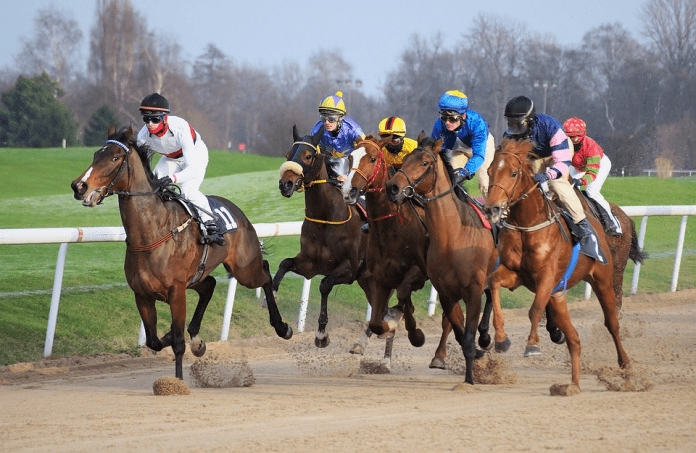 The stakes are high for the Kentucky Derby this year as it looks forward to bouncing back big after having a controversial finale season last year. The Derby will still take place at Churchill Downs, Kentucky, on May 2, 2020. This time, the horse racing fans can expect new entries that will compete in the Run For The Roses.

As we are down to three more months closer to the Kentucky Derby, the horse racing community starts to hype this event. In fact, early odds are already out in several horse racing platforms to give every punter a guide in betting. Several horses were named, and some of them earn the highest odds in wagering.

In line with that, a Hall of Fame Trainer Bob Baffert doesn’t want to get left behind for the Kentucky Derby this year. He is mapping out five entries to run in the Derby. Remember that Baffert’s Mucho Gusto won the 2020 Pegasus World Cup last month, and his entries to the Derby are also working hard to continue the winning streak this year. Let’s meet these five horses.

He had been receiving a lot of accomplishments and recognitions from these races, which made Baffert decide to send him to the Derby. Earlier this year, Nadal took part in a debut run at Santa Anita Park, where he won the title.

With this victory, his odds for the 2020 Kentucky Derby have accelerated, making him one of the top favorites this time.

Thousand Words also takes the lead when it comes to the best horse racers to run in the upcoming Kentucky Derby. He is an undefeated horse athlete that everyone must not miss to consider. He is the current titleholder for the Los Alamitos Futurity that took place last December 7, 2019.

After this, he nailed a kick-off Derby prep race last February 1, 2020. He took part in the Grade 3 Robert B. Lewis Stakes and won the title. Not only has Thousand Words made his odds more convincing, but he also earned an automatic berth to the 2020 Kentucky Derby. Ultimately, Thousand Words is one of the horse racers to look forward to betting during the Derby.

Authentic will also bring Bob Baffert’s name as he confirms entry to the 2020 Kentucky Derby. He is also an undefeated three-year-old thoroughbred who successfully recorded two racing finishes. He got the title in the Maiden Special Weight held last November 9, 2019, at Del Mar.

After that, he joined the Grade 3 Sham Stakes on January 4, 2020, at Santa Anita Park, where he got the first-place finish. With these achievements, Bob Baffert will send him to another Derby prep race on March 7, which is the San Felipe Stakes.

If Authentic can make it, his odds for the Kentucky Derby will ultimately soar high and earn an automatic entry at the same time.

High Velocity is Baffert’s fourth entry to the Derby. He is also a highly valued horse racer who completed four stakes races since his debut. Last November 16, 2019, he joined the Bob Hope Stakes at Del Mar and took home the crown. He then headed on to Los Alamitos Futurity on December 7, 2019, and got third place.

Last February 1, 2020, High Velocity competed with his stablemate Thousand Words in the Robert B. Lewis Stakes. He got third place for this racing event, which also adds another value for his odds in the upcoming Kentucky Derby.

Eight Rings come as the 5th entry of Bob Baffert to the 2020 Kentucky Derby. He is also one of those thoroughbred racers who got the attention of horse racing fans because he is considered as one of the favorites for this year’s Derby. He is the current American Pharoah Stakes titleholder that happened last September 27, 2019, at Santa Anita.

His last racing competition took place in the TVG Breeders’ Cup Juvenile at Santa Anita Park last November 1, 2019, where he only got 6th place. As Baffert decided to send him to the Derby this year, Eight Rings is looking forward to giving out all his best inside the dirt track to clinch the title.

Bob Baffert is undoubtedly one of the hardest-to-beat horse trainers in history. He has produced a lot of notable horse racing winners, including the Kentucky Derby. As the Run For The Roses this year comes near, he decided to send five entries to make sure he won the title. Can one of Baffert entries deserve the Kentucky Derby championship title this year? We’ll see.