Feel like partaking in a good old fashioned spot of football-based procrastination at work? You’ll be able to while away the hours at your desk with this selection of some of the finest football games the internet has to offer.

On the face of it this game is completely mental. A conglomeration of about ninety different sports, Bumperball involves aliens in bumper cars cruising about on an ice rink (or air hockey table, it’s difficult to tell sometimes) whilst simultaneously attempting to stick a football in the back of a net. Despite such a confusing melting pot of sporting disciplines, the sheer eccentricity of Bumperball will have you hooked after your first foray into its surreal world. Maybe we’d better get used to it, this could well be what football will look like when Sepp Blatter eventually gets his own way.

A bizarre but entertaining cross between football and Night of the Living Dead, your job as the player is to stem the tide of undead defenders by smashing the ball into their head/knees/thorax, thereby permanently maiming them and saving the world from zombie inundation etc etc. Despite probably having been created by a disturbed group of unemployed young men, Death Penalty is surprisingly entertaining and a welcome distraction from the rigours of productivity.

If you’ve ever fancied yourself as a bit of a wheeler-dealer in a pinstripe suit, Football Agent might just be the football game for you. You have 200 seconds (or “weeks” as they are called in the game) to make £40m by investing in players as they pop up on screen. Players will constantly rise and fall in value with your job being to get lucky and invest in them as their values rise and sell them on before it begins to fall. It’s a challenging game and quickly becomes addictive so it certainly gets the Soccerlens seal of approval.

An entertaining game which tests your judgement from twenty-five yards out as you attempt to beat the wall and the ‘keeper with a series of increasingly tricky free-kicks. Freekick Fusion is simple to use and incorporates precise power and curl control to make this one of the better free-kick games on the internet. Also, with several levels and the infuriating habit of going all the way back to the start as soon as you fail one of them, this game could well keep you from doing anything productive for weeks if not months at a time.

Have you ever wondered what would happen should football and Pokémon collide in some sort of absurd cosmic encounter? No? Well, I think it would probably end up a bit like Goal Street, an arcade-style game in which you control a kid with a ridiculous haircut who apparently spends all of his time acrobatically belting balls around in a warehouse. Check the wind direction, choose the necessary power and then watch whilst the unerringly enthusiastic character attempts to hit the target with a variety of extravagant efforts. Not the most complex of games, but an amusing way to pass the time all the same.

Probably the best free football RPG on the market, Jumpers for Goalposts sees you start as an unemployed football wannabe and work your way up the ladder to become a Premier League star. On your journey to superstardom you can choose which girls to date, which cars to buy and even save for that dream home you’ve always wanted. With its easy-to-use interface and quirky nature, Jumpers for Goalposts will quickly become an integral part of the committed procrastinator’s working day.

The internet is littered with a host of relatively shoddy penalty shootout games, but Mardi Gras Shootout – despite its somewhat inexplicable name – is one of the better ones around. Once you’ve selected your character you’re dropped straight into the action playing the role of both penalty taker and goalkeeper with the game getting progressively harder as you advance through the levels. For a free game the graphics are well above average and it’s both easy to use and, to a point, realistic. All things considered, Mardi Gras Shootout is yet another fantastic way to delay the long sift through that mountain of paperwork surrounding your desk.

Practice your free-kicks under the watchful gaze of the great Roberto Baggio in this frustratingly difficult but intensely addictive online game. Select the height, direction and lift of your free-kick before letting fly and (hopefully) sticking it in the back of the net and impressing Il divin codino. Every time you score you’ll move on to a more difficult and challenging position, so be prepared to spend a good few hours perfecting your technique.

One of the more recent additions to the mighty “Stick Sports” online empire, Stick Football is a well-presented and charmingly idiosyncratic take on the beautiful game. As the user you take control of a cartoon-like team of players who you guide around the pitch using only CTRL, Shift and the arrow keys. Yes, it really is that simple. Furthermore, if the friendly matches aren’t enough for you, you can sign up for a free Stick Sports account and embark upon a career or even take part in the World Cup. Stick Football really is the perfect game for committed enthusiasts of delaying tactics.

Basically a watered-down version of Jumpers for Goalposts, Volley Challenge sees you play a league season for a Premier League club of your choice as you attempt to fire them to victory against your opponents for the title. Each match involves you being fed balls from the side of the screen that you need to smash into the net in order to score points for your team. Each game has a set number of points required to win it and the more goals you score the more points you rack up, so get those shooting boots on! 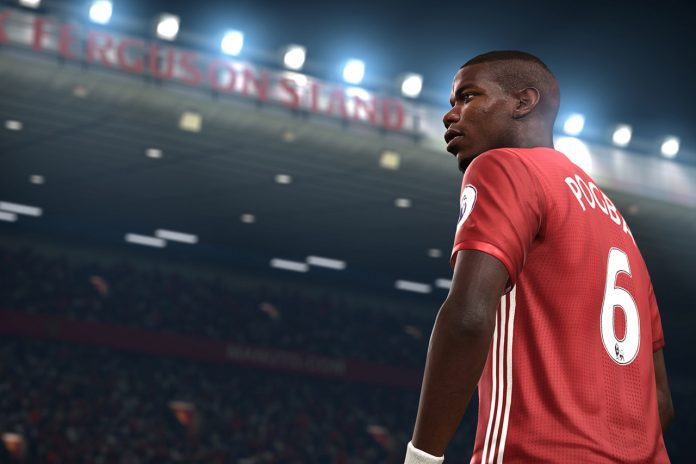 TopEleven Review: Be A Football Manager