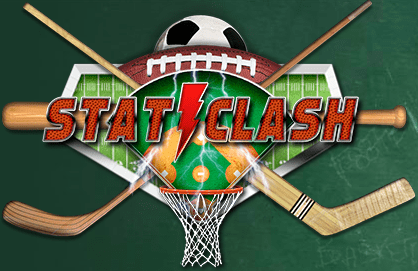 StatClash.com has immediately jumped out to football fans as unique, as the fantasy game website is the first of its genre to offer MLS and English Premier League games. In many ways, StatClash is an innovator, and in many other ways, its just appeals to a certain type of fantasy football player.

Dwarfed in name recognition and prowess by the official Premier League and MLS fantasy games, alternative fantasy options like StatClash are always looking for a valiant, fresh, novel approach to fantasy gaming.

And with their moniker of being the first daily fantasy site to offer soccer, StatClash have got it.

After the easy sign-up process, and a swanky website design layout, you enter the charming “Game Lobby”, where all the days’ offerings are laid out.

For folks who live large, buy-ins can be expensive – one winner-take-all tournament for the Premier League weekend had a baseline fee of $100, and the buy-in went all the way up to $1,000 for certain NFL tournaments. There are, of course, lower stakes leagues, and most fees are five dollars and below. StatClash routinely offers “free rolls” where new players can test out the games at no cost and win cash prizes.

The prizes for the big tournaments, however, make quite the splash, with iPads, computers, and even vacations up for grabs. Many of those prizes are only reachable if you progress through “Satellite” mode, a series of tournaments in which the winner or winners move up to bigger and bigger tournaments.

Once you have entered a league, drafting a team is easy and fun. All teams are set up with a salary-cap, which cannot be exceeded when picking a team. For instance, if you want to spring for Luis Suarez and Robin Van Persie, you may have to settle for the likes of Adrian Marriapa leading your defense.

StatClash’s player cards will help you in the endeavor of picking your side with the precision of Jose Mourinho (okay, not against Newcastle), and they also provide info on injuries, form, and other notes, instead of solely focusing on recent stats.

You can also take notes and set reminders, with amenable notepads set up at the top of the selection page.

When selecting a team, players are divided up by position and matchup. For instance, Frank Lampard would be in the midfield category, organized by value, and also the Chelsea v. Newcastle category.

After you have finalized your team selection, things are fairly straightforward. No need to pitifully waddle about wondering how your boys are doing, StatClash has instant scoring and scoreboards with all the requisite bells and whistles.

Now here’s the fun part and the biggest draw of StatClash: After the games are over, your team and tournament is washed away. Every day, you get a fresh start.

If things went well, you may be picking the same team and entering them in the same competition on the brand new iPad you won, or if things went badly, you may be unleashing the hairdryer on your overpaid superstars and picking an entirely new 11.

StatClash is the game of instant gratification, and no commitment.

Instead of being tied up for an entire campaign with one team in one league, StatClash gives you the freedom to use all the match-days in different ways, which creates a sort of hectic, chaotic, exciting feeling when playing. However, it also robs you of the satisfaction of moulding and guiding a single team all the way to the title, and it doesn’t allow for any of the transfers, trading, or tactical adjustments that often make fantasy games so much fun.

It’s a matter of personal preference: If you like carrying one squad throughout the year, this isn’t for you. But if you’re interested in the concept of a new team a night, StatClash could be a habitual joy.

All in all, StatClash lives up to its reputation well with smart, well-paced, daily fantasy football games. It does have its faults and could use some polish in places, but StatClash is paving the way for an industry and a style that could have a big future in fantasy sports.