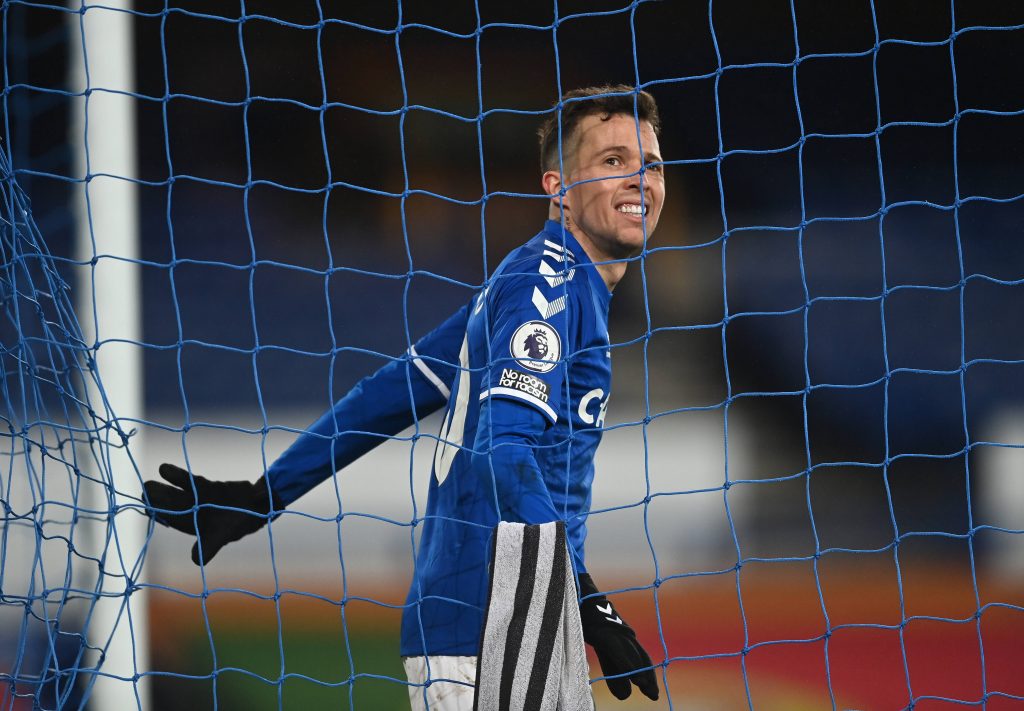 Bernard faces an uncertain future at Everton after a disappointing season under Carlo Ancelotti.

The 28-year-old struggled for form and playing time in 2020/21 and may be deemed surplus to requirements this summer.

Bernard found himself behind Alex Iwobi, Richarlison and James Rodriguez in the pecking order and didn’t impress when called upon, so he’s not justifying his £120k-per-week contract.

The Brazilian international joined Everton from Shakhtar Donetsk in 2018 and has since made 84 appearances in all competitions, scoring eight goals with seven assists.

It’s not the best return for a player brought in to provide creativity and add goals, which is why he doesn’t start often.

Bernard amassed only 448 minutes of Premier League football last season and failed to register a goal or assist after the turn of the year.

He has only one year remaining on his deal at Goodison Park, so Everton may have a decision to make.

They won’t want to lose Bernard for free in 2022 but may not want to extend his stay, so the only option is to cash in early and hope a suitor comes knocking.

Bernard is coming off the back of a below-par season at Everton and is earning too much money to sit on the bench, so the Toffees have no choice but to sell up.

However, it’s hard to see many clubs showing an interest given his falling reputation and lofty wage demands, so Everton might have to play a waiting game.