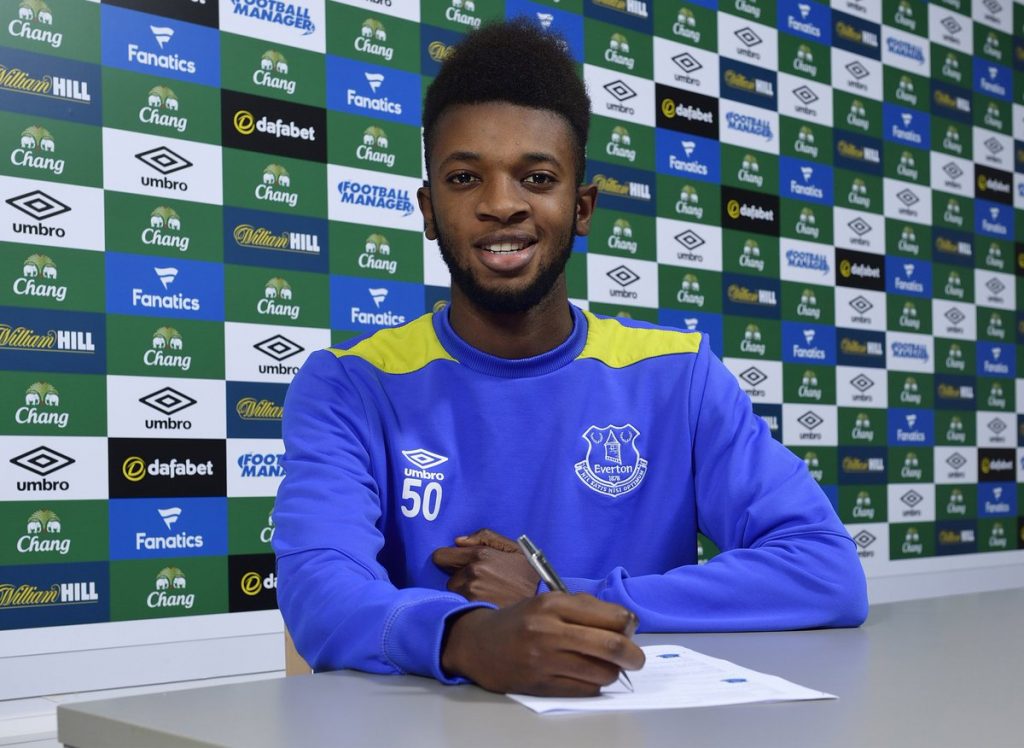 Everton have agreed on a new deal with the highly rated midfielder Beni Baningime.

The 19-year-old midfielder has signed a new four-year deal at the club. Baningime recently signed a two-and-a-half-year contract with the Toffees and he has been rewarded with another extension.

The young midfielder made his first-team debut earlier this season against Chelsea, in the Carabao Cup. Everton expect him to become a key part of their first team in future and therefore they have moved swiftly to secure his services for the long term.

Baningime joined Everton when he was 8 years old and he has made 12 appearances for the Toffees so far. As per the reports, Sam Allardyce is thought to be impressed with the young midfielder.

After having signed his new deal, the Everton midfielder revealed that he has always wanted to be around the first team fighting for a place and he will be able to do just that now.

Baningime also explained that Everton means a lot to him and he is looking forward to an exciting future with them.

He said: “I’m really happy to sign a new contract and so proud because it represents what I’ve always wanted – which is to be around the first team and fighting for my place. This club means a lot to me because I’ve been here from a young age. It’s where I want to be and I’m so thankful to everyone at the Club who has helped me get to this point. Hopefully, this season is the first of many years of me being involved in the Everton first team. I’m determined to keep developing and to speak to everyone I can in order to keep improving my game. I speak to the manager, Duncan [Ferguson], Craig Shakespeare, Sammy Lee – just anything I can do to improve my game. Duncan’s very good with me. Sometimes we do a bit of passing after we train. To me, this shows they’ve got faith in me and they want me to do well.”