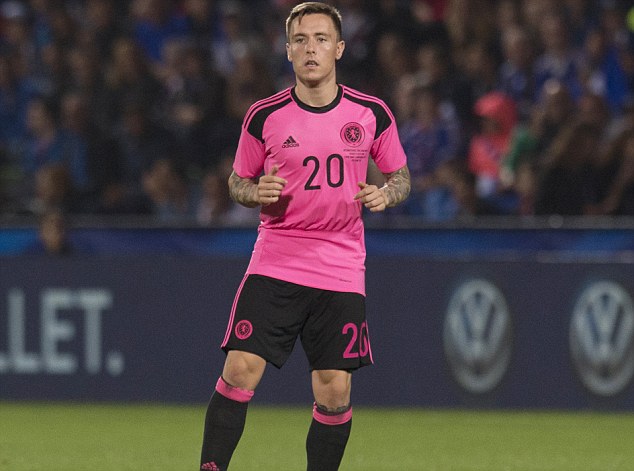 Glasgow Rangers allowed Barrie McKay to leave Ibrox in 2017 but the winger has admitted that a return to the Scottish Premiership club in the future cannot be completely ruled out.

McKay has told the Glasgow Evening Times that he would be interested in playing for the Gers again if any such opportunity arises in the future.

The 23-year-old joined Rangers in 2011, and played a key role for the club under Mark Warburton. He became a key player under him, and managed nine goals in 48 games in 2015-16. Rangers fans will remember the wonderful goal he scored in the Scottish Cup semi-final against arch rivals Celtic.

However, after Warburton left the club, his future at Rangers became uncertain, and after failing to convince Pedro Caixinha, he was sold to Nottingham Forest in the summer of 2017.

Currently, Mckay is playing in the Championship with Swansea where he has managed two assists in 10 appearances for the club.

“If, later on in my career, it came back up I would seriously think about going back,” said McKay.

“At the time I did leave Rangers, it was the same as Forest, I never really had the choice. I was made aware that they didn’t want me so it was more or less getting out and getting playing.

“I went to Forest and I was playing all the time but then the same thing happened with the change of manager. I have been unfortunate, I think, but these things happen in football. It was obviously difficult to leave. I first came through as a young boy and then they brought in players and I found myself out on loan. I got myself back and became a regular but then quickly found myself out of the picture again. It was tough to take.

“Since Gerrard has gone in, there seems to be a real buzz around the place again and he is a legend in football. He has taken that into his management and as soon as he went in the door he would have got that instant respect from all the players and the staff. That would really have worked in his favour and he is obviously getting the best out of his players. It looks as though they are thriving,”

Rangers fans will love the fact that McKay feels so positively about the club and Steven Gerrard, and that he wishes to return to Glasgow someday.

While Gerrard has already bolstered his attacking options, it remains to be seen whether he makes an offer to bring back McKay to Ibrox next summer.