Luis Enrique’s Barcelona host Rayo Vallecano at the Camp Nou on Saturday, hoping to cope well in the absence of Lionel Messi. The Blaugrana were beaten in their last league game by Sevilla at the Ramon Sanchez Pizjuan a fortnight ago, and they will hope to return to winning ways against lowly Rayo who are 15th in the standings.

Barcelona are currently fourth in the table, but only one point separates them from league leaders Villarreal. The champions have conceded the most goals among the top nine clubs this season, a major cause for concern for Enrique. On the other hand, in the absence of Messi, Barcelona have struggled in attack, as proved in the Sevilla game where they hit the woodwork four times.

Paco Jemez’s Rayo, who have managed just two wins this term, will have their task cut-out against an opposition they conceded six times to last season. In the corresponding fixture last season, Barcelona ran out 6-1 winners. The game will be Rayo’s first of two consecutive games against Catalan outfits; they welcome Espanyol to Vallecas next weekend.

A win for Barcelona will not necessarily propel them to the top of the table, but should other results go their way, we could see the return of the Blaugrana to the summit. Top of the table Villarreal square off against third-placed Celta Vigo on Sunday in a game which could change the dynamics of the league table by the end of game week eight. 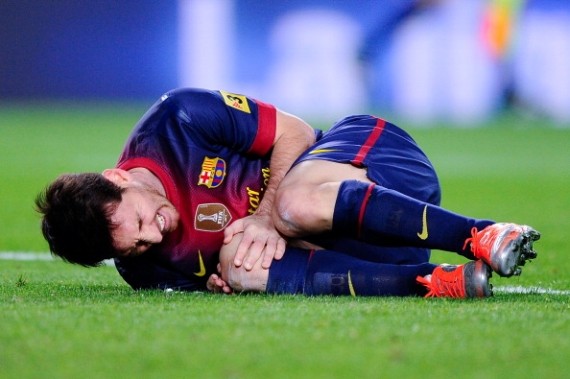 Barcelona will be without the talismanic Messi and captain Andres Iniesta. Messi is out with a knee injury, while Iniesta’s torn hamstring will rule him out of the game.

Elsewhere, centre-back Thomas Vermaelen and Rafinha are also out injured,while striker Luis Suarez is doubtful with a minor muscular injury although he is expected to start.

Rayo are without any injury worry and Jemez is expected to field his strongest available line-up. Javi Guerra, their top scorer with three goals, will fancy his chances against Barca’s leaky defence.