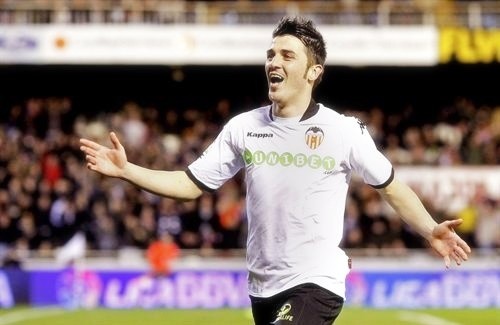 Valencia, who sold David Villa to Barcelona before the World Cup, are visiting the Catalan giants this Saturday. Valencia after five wins in their first six games under coach Unai Emery, sit at the top spot in La Liga. Barcelona on the other hand, started off on a less than impressive pace, dropping five points so far and sitting at fourth in the league.

After a disappointing performance against Mallorca in their last league game, they were held to a draw by the Russian side Rubin Kazan in the UEFA Champions League.

This will be their chance to climb up the ladder and bring end to Valencia’s streak. Last time around in this fixture, Barcelona beat Los Che 3-0 but Valencia managed a stalemate draw on the return leg. Under the current circumstances nonetheless, this fixture is as tough for Barca as it is for Valencia.

This would have been the first game against his former club for the Barca front-man, David Villa. Luckily for Valencia, I must say, him and Xavi are both on the verge of injury and might not be on top form during the game and they’re even doubted to play. Barce does have Bojan Krkic as the back-up striker who has been impressive every time he has been given a chance.

Pedro is expected to miss the game and Gabriel Milito is doubtful to play.

Also, what favors Barcelona is the recent record of the two clubs’ encounter at the Nou Camp. Barcelona have scored 13 goals in the last three meetings and Valencia have not won here since 2003.

This is the toughest test of their campaign so far. It could make or break the rest of the season for Valencia. Barcelona at the Nou Camp is as difficult as it could possibly get. Although, Hercules did escape with a win but Barca will not be taking this fixture easy either.

Valencia lost their two star players, Villa and David Silva to Barca and Manchester City respectively and Valencia were already plagued with financial insecurities and it was the general consensus that they will struggle this season but somehow the new manager Unai Emery has turned things around.

If Valencia is to win, they will justify their position and get enough of a confident booster to go on to win the league. That’s what happened with Jose Mourinho and Inter Milan last season in the Champions League.

“This will be a match between two great teams, and one in which Valencia can check the level that we are at currently. We hope to put on a good show. If we get the three points, many will believe that we can win the league.”

Hedwiges Maduro, Ever Banega, Mehmet Topal and Joaquin are expected to miss the match.

You can watch Valencia take on Barcelona live online as well as all other Spanish La Liga matches, plus hundreds of football games from around the world. Read our live La Liga football page for more details.