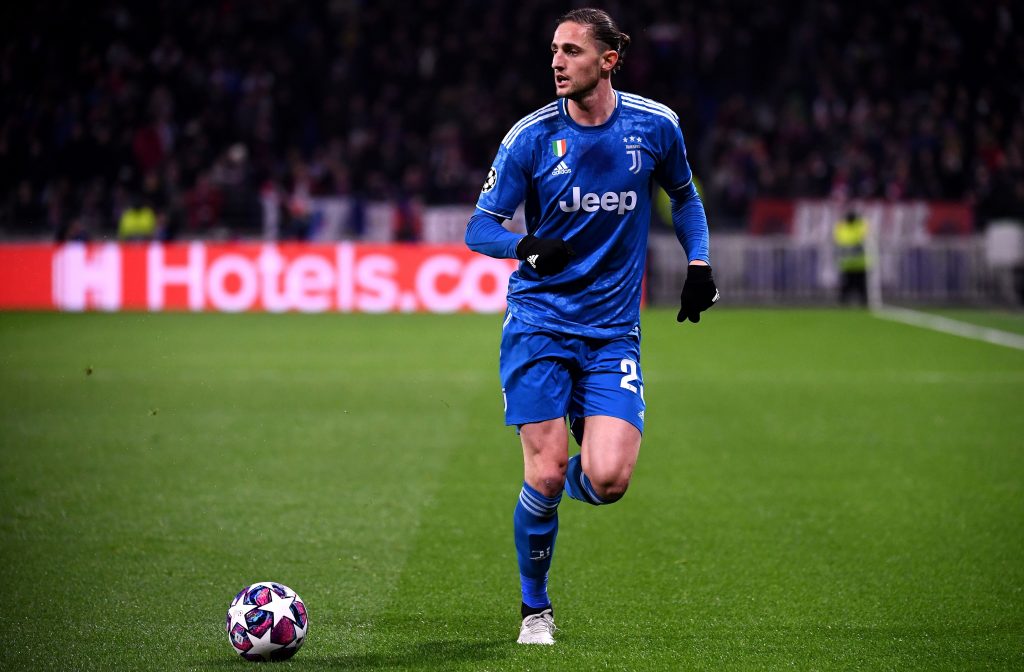 Barcelona have joined Everton in the race to sign midfielder Adrien Rabiot from Juventus during this summer’s transfer window, Calciomercato reports.

Rabiot is in his second season with the Bianconeri, but it is reported that the Serie A holders are seriously considering his sale.

The club have identified Paul Pogba and Manuel Locatelli as potential midfield additions, and Rabiot could be offloaded to recoup funds.

Rabiot’s mother and agent Veronique has reportedly made contact with the Blaugrana, but the Catalan giants are yet to decide on a possible move.

Ronald Koeman’s side are aiming to pursue a top-class striker, and it is claimed that a part-exchange deal like last summer (Arthur-Pjanic) could be on the cards.

Both Ousmane Dembele and Antoine Griezmann are in the transfer market, and Rabiot could arrive as a makeweight if one of the duo heads to Turin.

Meanwhile, Rabiot was handed his debut by Toffees boss Carlo Ancelotti back in 2012, when the legendary Italian was the Paris Saint-Germain head coach.

They have shared a good relationship over the years, and it is claimed that the 26-year-old likes the prospect of joining the Merseyside outfit.

The Blaugrana are likely to make multiple changes to the squad this summer, and Koeman is reportedly searching for a physical midfielder.

Georginio Wijnaldum has been regularly linked with a free transfer to the club when his Liverpool contract expires at the end of June.

However, Rabiot could be a more enticing option as he is four years younger, and he is a more defensive-minded player than Wijnaldum.

He has managed a combined five tackles and interceptions per 90 minutes and has a good command of the ball with a pass success rate of 90 percent.

He is reportedly available for just €20 million this summer, and the Blaugrana have a good chance of landing his signature if they assure him with game time.

The Toffees have benefited hugely from the presence of Ancelotti at the helm, and James Rodriguez recently said that the Italian lured him to the club.

The three-time Champions League-winning manager will be hoping to tempt Rabiot into a move to Merseyside, but it won’t be easy with the Blaugrana in the hunt.

Read: Barcelona may need to pay €120m to sign this Serie A striker.