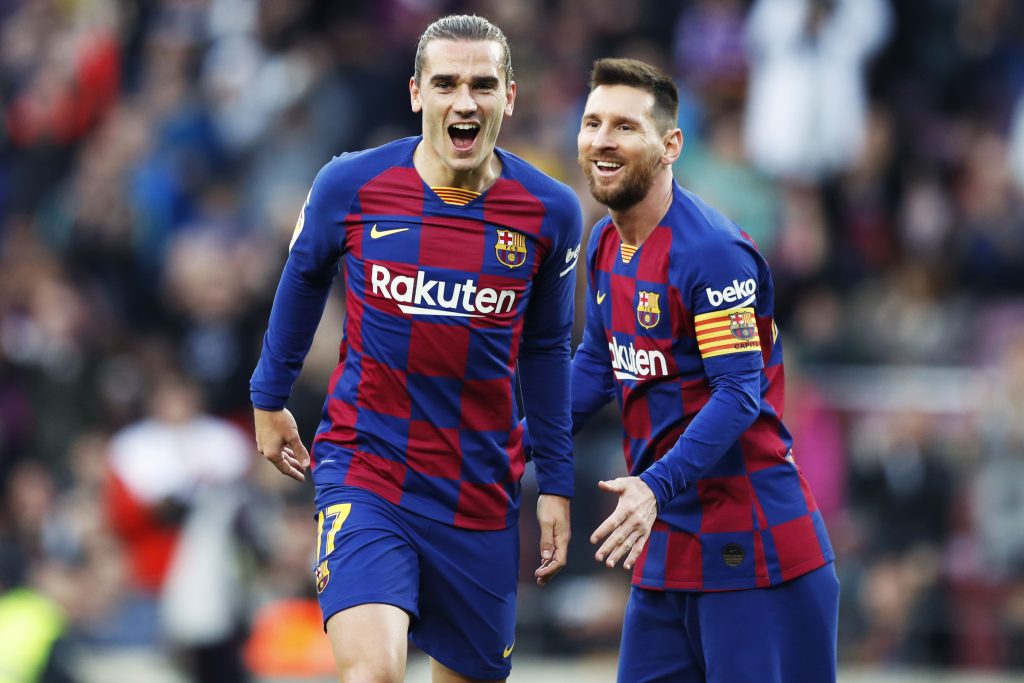 Antoine Griezmann could be on the verge of an exit from Barcelona this summer, reports Marca.

Griezmann joined Barcelona from Atletico Madrid in 2019 for an estimated €120 million, making him the fifth most expensive footballer of all time.

His first year at Camp Nou didn’t work out as planned. The club failed to win any silverware, and Griezmann scored just nine league goals – his worst tally since 2011/12.

His performances have been brighter this season, scoring 19 and assisting 12 in all competitions.

He bagged the opener in Barcelona’s 4-0 Copa del Rey final victory over Athletic Bilbao. However, this still hasn’t been enough to live up to his enormous price tag.

On the weekend, La Blaugrana’s chances of winning the La Liga title were officially ended with a 2-1 home defeat to Celta Vigo.

Meanwhile, Griezmann’s former club Atletico Madrid go into the final day knowing that a win will seal their first title in seven years.

The World Cup winner’s mixed time in Catalonia could be set to end this summer, with Marca reporting that he could be sold to raise funds for Lionel Messi’s salary.

Since his arrival, there have been many concerns that Griezmann and Messi couldn’t play in the same team, given that they both perform a similar role.

For a while, this looked to be true. However, since the turn of the year, they have looked much brighter together.

Despite this, if it comes to a situation where one has to be sold, it is obvious who the club will prioritise.

Barcelona have hit some serious financial troubles in recent times, racking up over €1 billion in debt.

Messi is believed to earn over €2m per week from the Catalan giants. His contract is set to expire this summer, and it is unclear whether he will renew.

It would be almost impossible for the club to offer him his current salary without letting anyone else go.

Forbes estimates that Griezmann is on a yearly salary of $21.2m at Barcelona, which roughly translates to €350,000 per week.

His sale, along with whatever transfer fee they can get, would go a long way to covering Messi’s wages.

Despite his underwhelming spell at Barcelona, he will still have some market value, and there will undoubtedly be plenty of top clubs interested if he becomes available.

However, should Messi decide to move on instead, Griezmann could remain at Camp Nou.

This could bring out his best form with him being made the main man – similar to how Karim Benzema shone at Real Madrid after the sale of Cristiano Ronaldo.

The Argentine submitted a transfer request last summer, but after a long-running stand-off with former president Josep Maria Bartomeu, he stayed put.

Bartomeu has since been replaced with Joan Laporta, who has vowed to keep Messi at Barcelona, but it is unclear whether this has persuaded him to stay.

Paris Saint-Germain have been strongly linked with a move for the six-time Ballon d’Or winner, while Manchester City were named as possible takers last summer.

However, there are no signs to suggest that the English champions will be back in for him, with a new striker likely to take precedence.