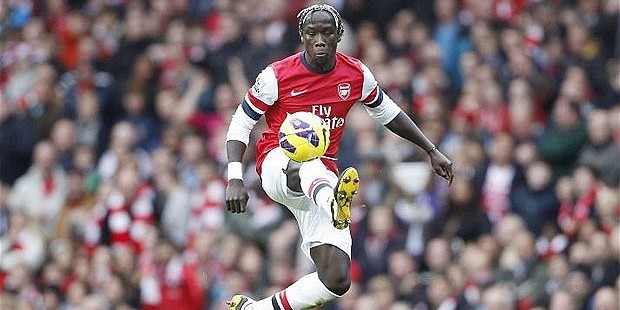 Bacary Sagna has revealed that he will no longer be an Arsenal player next season.

The French international is a free agent in the summer transfer window and had rejected a chance to sign a new deal. He claims Arsene Wenger’s side had offered him an offer and the talks over signing an extension did not go in a direction as he had wished.

“It’s no longer a secret, I will leave Arsenal for sure,” Sagna toldL’Equipe.

“They tried to make an effort, but the discussions have not gone in the direction I wished it. There are a lot of calls, a lot of speculation. Frankly, it gives headaches. I’ll sort it all out before the start of the World Cup.”

Recent reports had suggested that he could join Manchester City on a free transfer, while the Citizens’ neighbours Manchester United were believed in signing him as their new manager Louis van Gaal was reportedly keen on securing the right-back’s services.

The French defender is likely to join City in the summer transfer window. It is believed that City are willing to offer a four-year deal on a personal terms of £100,000-a-week.

Meanwhile, Arsenal have already prepared as they were resigned to losing Sagna in this transfer window. The Gunners have set their sights on Toulouse full-back Serge Aurier.

Aurier has admitted that it would be hard to turn down an offer from Arsenal. The 21-year-old Ivory Coast international is one of brightest players of the Ligue 1 and the young right-back will make a good addition to the North London club’s squad.