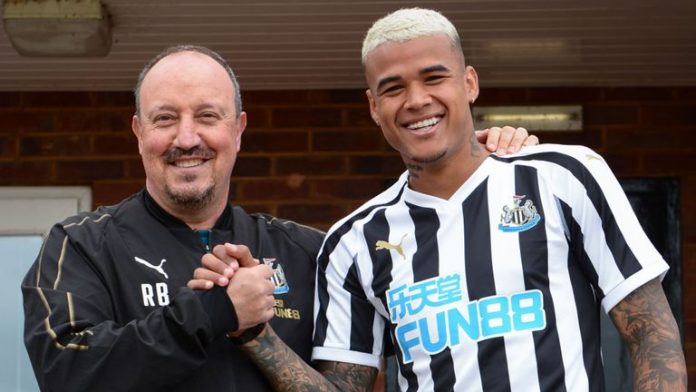 Newcastle United forward Ayoze Perez has taken to social networking site Twitter to express his reaction on recent deals conducted by the Magpies.

In the last 48 hours, Newcastle have signed one player while they have sanctioned the departure of another. Brazilian winger Kenedy has joined the club on loan from Chelsea, while Mikel Merino has left the Magpies to join Real Sociedad.

Perez has left a message for both on Twitter. He has wished Merino well after he returned to his native Spain. And at the same time he has welcomed Kenedy who was so influential for the club during his short loan spell last season.

This is what fooball is about, one friend is leaving the club and other is here again. Good luck @MikelMerino1 in Real Sociedad, I will miss u friend! Kenedy, I think we are going to have fun again ??⚽ pic.twitter.com/kmNyVUl0u5

The Brazilian scored two goals in 13 appearances for Rafael Benitez’s side as they retained their Premier League status quite comfortably in the end.

Kenedy has become the club’s third signing of the summer, after goalkeeperMartin Dubravka and midfielder Ki Sung-yueng joined the club.

Merino, on the other hand, has signed a permanent deal to join La Liga side Real Sociedad.

The 22-year-old moved to Newcastle on loan from Borussia Dortmund last summer before he joined on a permanent deal in October 2017.