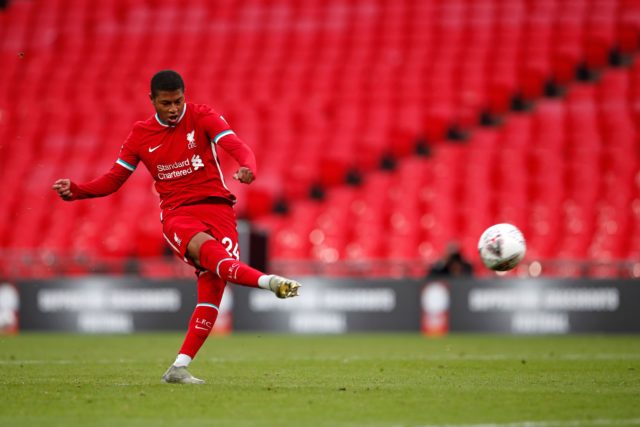 Aston Villa fans have taken to social networking site Twitter to express their reaction to reports linking the club with a move for Liverpool’s Rhian Brewster.

Having missed out on Callum Wilson, who joined Newcastle United yesterday, Villa boss Dean Smith has turned his attention elsewhere, and has earmarked Brewster as a potential option.

According to reports from The Sun, a host of Premier League clubs including Burnley, Brighton, Crystal Palace and Fulham are interested in signing the 20-year-old forward, but Villa are ready to pay £20 million for his signature.

Some Villa fans feel that Brewster would be a very good signing for the club, while there are others who feel Smith is taking a big gamble here.

Would absolutely love us to sign Brewster, like he is exactly the type of player I want to see us going for. 2 problems, 1.. Liverpool will not sell someone so highly rated for that sort of money, 2.. It's Nixon. #avfc

If we can somehow get him at Villa on a permanent deal, it would be one of the deals of the summer 👌

Brewster would make more sense than Wilson, but you can’t be pinning your hopes on a kid who’s had half a season of first team football, we’d need someone with a bit of experience too imo #AVFC

Rhian Brewster would be a quality signing for us

Brewster for £20m is less of a risk than Wilson for £20m imo. Wilson's knees are gone #AVFC

Can't see us getting Brewster, but that's already a better deal than Callum Wilson for £20 million #avfc

if we sign Ollie Watkins and then get Brewster on a permanent deal, it will 1000% have been worth the wait #avfc

Brewster is a highly-rated young talent and impressed heavily while on loan at Swansea City in the English Championship last term, scoring 11 goals.

He has also impressed for Liverpool during the pre-season preparations, and Smith feels he would be a very good addition to the Villa squad.

Ideally, Liverpool would want to keep him at the club and send him out on loan elsewhere, but Villa are aiming to sign him on a permanent deal.

Villa are also interested in signing Ollie Watkins, while they’ve been linked with a move for Celtic’s Odsonne Edouard as well.