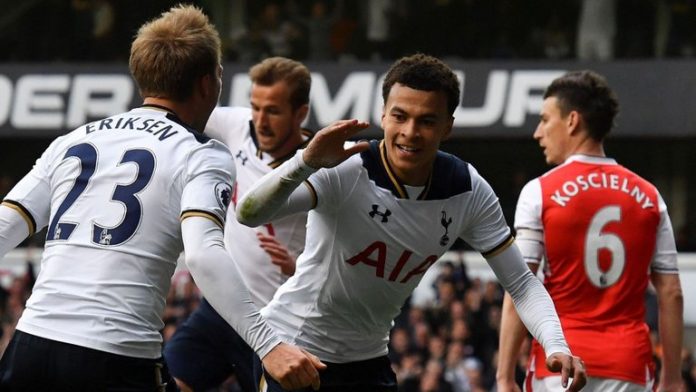 Arsenal host Tottenham Hotspur on Saturday aiming to prove they are genuine contenders for a top-four spot in the Premier League this season.

Arsenal are currently sixth in the table, 12 points behind leaders Manchester City after losing four of their opening 11 league games.

Mauricio Pochettino’s Spurs lie third, but with an eight-point gap to City Saturday’s game could go a long way to determining their title chances this term.

Olivier Giroud is a major doubt for Arsenal with a thigh injury picked up while playing for France.

Rob Holding and Santi Cazorla are still on the sidelines.

Pochettino has plenty of problems to contend with ahead of the game, with a number of key players struggling with injuries.

Harry Kane and Dele Alli both pulled out of the England squad for the games against Germany and Brazil, although Pochettino expects the pair to be fit for the Arsenal clash.

Jan Vertonghen and Hugo Lloris should return to the squad, but Toby Alderweireld, Harry Winks, Michel Vorm and Victor Wanyama may miss the match.

Arsenal are slight favourites to win the game, although their recent record against Spurs isn’t good, with Arsene Wenger’s side drawing four and losing two of the last six meetings with their big rivals.

However, the Gunners have won five out of five at home in the Premier League this season – the last time they achieved this was during the 2009/10 campaign.

Including last season the Gunners have won their last 10 league games at The Emirates, their longest winning run at the stadium.

Despite Arsenal’s strong home form, Spurs will fancy their chances of taking something from the fixture. No side has won more Premier League away games in 2017 than Tottenham (10), while they have also scored a league-high 37 goals on the road during the year.

Pochettino is unbeaten in six north London derbies in the league, while Kane has scored six goals in five previous league games against Arsenal.

Spurs’ record against last season’s top six sides is a major cause for concern, with Pochettino managing to secure just nine points from a possible 48 since his appointment at the club back in 2014.

Tottenham have already been beaten by Chelsea and Manchester United this season and it’s a record they need to improve if they are to be considered serious title contenders.