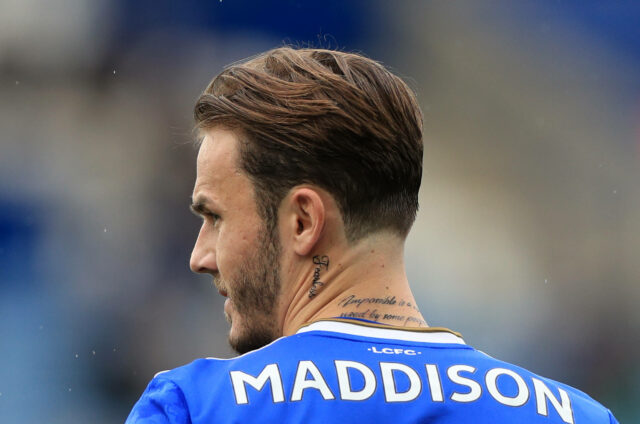 Mikel Arteta is looking to bolster his attacking options, and Maddison is believed to be his main transfer target, according to football.london.

The 24-year-old is one of the key players for Leicester, and they are unlikely to be willing to sell him cheaply.

He is a quality attacking midfielder who is excellent from set-pieces. However, it seems Arsenal fans do not want the club to spend over the top for his signature.

Some Arsenal fans have urged the club to show ambition in the transfer market and sign Jack Grealish from Aston Villa.

If Arsenal had ambitions of a big club that they used to be, first & foremost they should be going all out on none other than Jack Grealish. If there is £60m to spend on Maddison just forget him & add £25m on top that then Grealish is secured. Show real ambitions @Arsenal.

This guy would be a top top signing. Only concern is his injuries recently, but his g+a record in the prem for a 24 year old midfielder is unbelievable. If you could get for 60m I think it would turn out to be a bargain. Hopefully the rumours of a fallout are true

60m for Maddison? How is he worth that? Would rather being Ramsey back.

James maddison struggled to stay fit all season..why would we sign him and Pereira is cheaper and can play every game

Grealish, who is currently with England for the European Championships, would be a massive signing for the Gunners, but the chances of landing him are very slim.

The report claims that Maddison would cost around £60 million. Chelsea are also interested in signing him.

By contrast, Villa would demand £80-100m for their star player, which is beyond Arsenal’s reach.

Maddison bagged 11 goals and nine assists across all competitions last season, but his performances dipped towards the end of the campaign.

Injuries have also been an issue, and you would have to question whether Maddison represents value at the reported asking price.