Arsenal can not compete financially with rivals, says club CEO 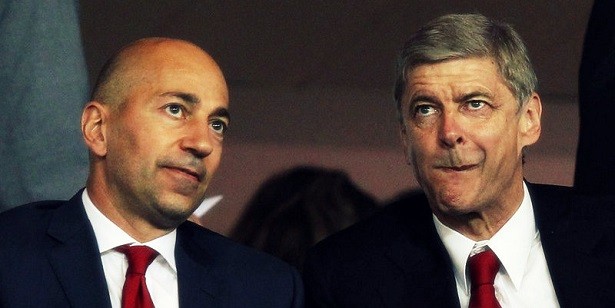 Arsenal chief executive Ivan Gazidis has insisted that the club can not outgun rivals financially in the transfer market.

The Gunners have faced severe criticism from their own fans for lack of transfer activity in the past few seasons and were the only club in Europe’s top five leagues to have failed to sign an outfield player last summer.

Although Arsene Wenger’s side have so far signed midfielder Granit Xhaka, forward Tasumo Asano and centre-back Rob Holding in the current transfer window, they have still spent considerably less than many of their direct rivals including the likes of Chelsea, Manchester United and other Premier League giants.

But club’s chief executive Ivan Gazidis, who has publicly backed Arsene Wenger over the years to deliver the title despite a dismal wait of 12 years, has come out to defend Arsenal’s transfer policy insisting that unlike their rivals, they can not make ‘huge mistakes’ in transfer activities.

“We can’t afford to outgun competitors that have far more money. We have to be very careful, very selective,” Gazidis said.

“We would not be successful if we simply went out into the transfer market and tried to outgun our competitors. We’re run in a self-sustaining way, and a way that we believe in, because we believe it gives us certainty for the future and enables us to plan our future with confidence.

“That means we can’t afford to make huge mistakes in the transfer market. We can’t afford to outgun competitors that have far more money to splurge on transfer fees than we do. So we have to be very careful, very selective about how we do things.”

German centre back Per Mertesacker’s latest knee injury also comes as a blow for Arsenal boss Arsene Wenger. The Frenchman confirmed on Wednesday that the 31-year-old defender will be out for ‘few months’, meaning the Gunners will be looking to sign a new central defender this summer.