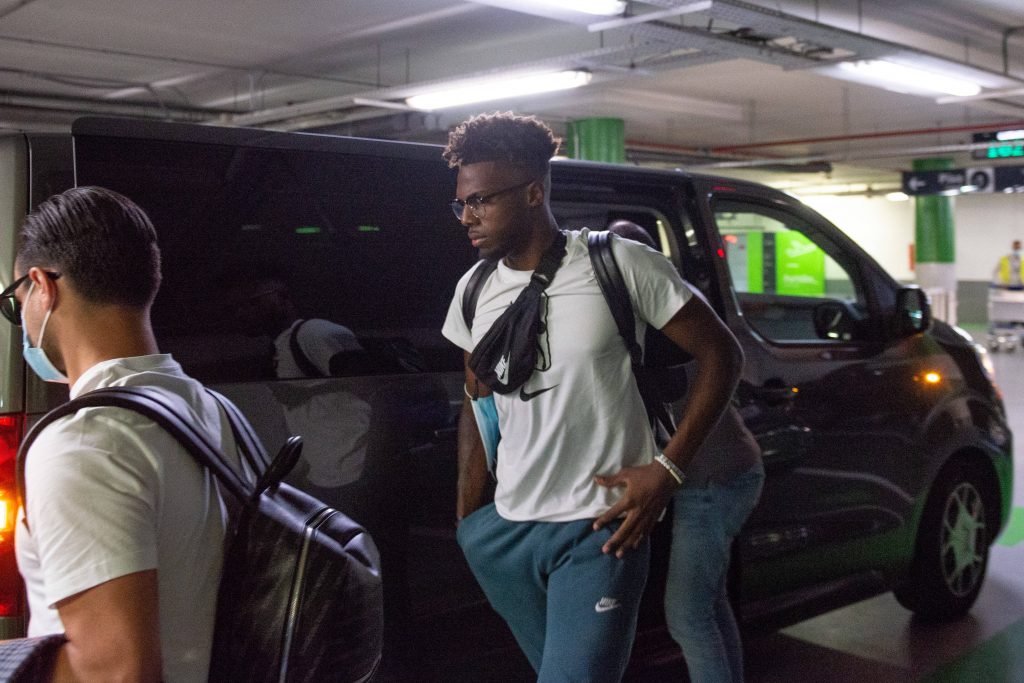 Benfica left-back Nuno Tavares is on his way to England to complete his move to Arsenal.

The 21-year-old’s agent, Rafael Santos, has posted a picture on his Facebook page showing him alongside his client in a plane at Lisbon International Airport.

Italian journalist Fabrizio Romano claimed earlier this week that the Gunners had agreed an €8 million fee plus add-ons for Tavares.

Kieran Tierney recently signed a new five-year deal with Arsenal and Tavares will serve as his back-up.

Tierney has struggled to stay fit since joining the Gunners and they haven’t had an adequate replacement.

Tavares bagged three assists from 25 appearances in all competitions last term and has the potential to challenge Tierney next season.

The Portugal U21 international featured as a substitute for Benfica during the second leg of their Europa League last-32 tie against the Gunners last season.

Tavares will not be the last arrival at Arsenal, with the club striving to significantly improve their squad this summer.

Brighton & Hove Albion’s Ben White is one of their top targets, although Everton have now emerged as serious challengers to sign the defender.

Anderlecht midfielder Albert Sambi Lokonga has repeatedly been linked with the club, while Lazio forward Joaquin Correa is also on their radar.