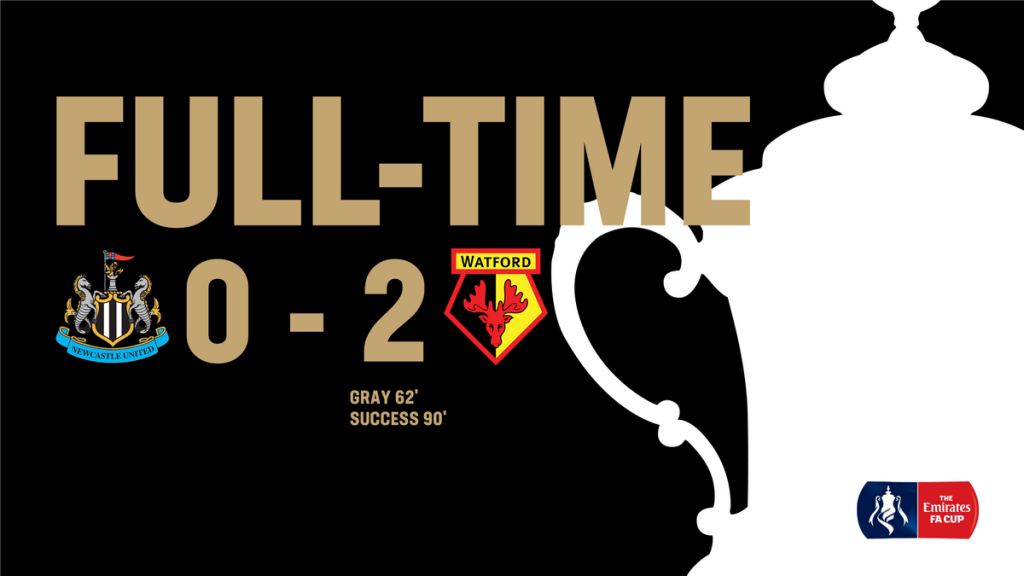 Newcastle were beaten 2-0 by Watford in the FA Cup yesterday.

Rafa Benitez’s men put in yet another abysmal performance in front of their own fans and the Spaniard will be very disappointed with the result.

Newcastle have been quite poor in the Premier League and now they find themselves out of a cup competition as well.

The fans would have expected a big performance from the players in their own backyard. Newcastle players seemed disinterested and they simply failed to rise to the occasion.

Club legend Alan Shearer seemed quite disappointed with the result and he took to Twitter to share his thoughts on the performance.

Pathetic AGAIN in the @EmiratesFACup ???? https://t.co/n03LzxVq9X

It will be interesting to see how the Magpies bounce back from this one.

They are in desperate need of reinforcements but Mike Ashley has failed to back the manager in the transfer market so far.

Newcastle need to fix their form soon or they could go down at the end of the season.