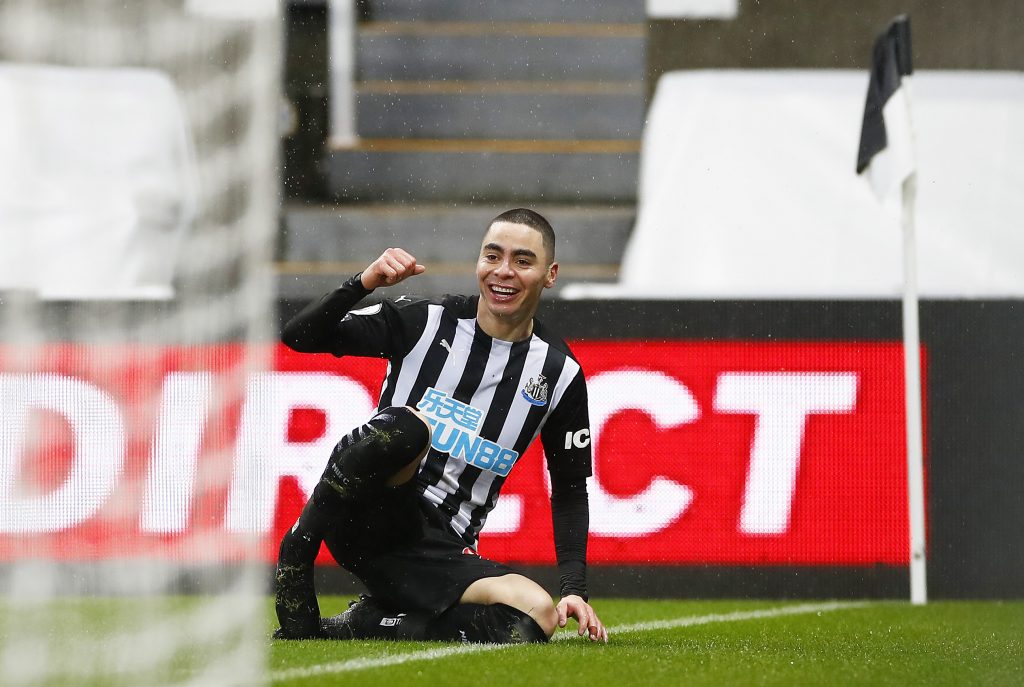 Newcastle United battled to a thrilling 3-2 win over Southampton in the Premier League earlier today.

Paraguayan midfielder Miguel Almiron scored a brace to help his side to all three points at St James’ Park.

The Magpies needed a win after their defeat last time out and Steve Bruce will be satisfied with the performance and character shown by his players.

Despite going down to ten men after Jeff Hendrick’s 50th-minute red card, the home side managed to grind out the result.

Southampton did everything they could to score the equaliser but Newcastle held on for the all-important three points.

Southampton came back into the game through Takumi Minamino on the 30th minute but Almiron completed his brace at the stroke of half time to give the home side a comfortable lead.

The former striker hailed the character and desire shown by the players and he lavished praise on the likes of Almiron and Willock.

The 21-year-old Arsenal midfielder will be delighted with his debut and he will be hoping to build on this and hold down a regular starting berth at Newcastle until the end of the season.