Despite Liverpool’s 2-1 defeat to Manchester United at Old Trafford on Sunday the performances of Daniel Agger and Martin Skrtel at the heart of their defence were, yet again, superb.

On an afternoon when Robin Van Persie and Danny Welbeck were in typically dangerous form, both defenders kept them relatively quiet barring the Dutchman’s excellent finish. Both made last-ditch, goal-saving clearances during the game and they played with an authority and presence throughout. Had it not been for them in the first half the game would’ve been out of sight by half-time.

It begs the question: Are Daniel Agger and Martin Skrtel the best defensive pairing in the Premier League on current form?

Since joining Liverpool, in 2006 and 2008 respectively, Agger and Skrtel have steadily grown into two of the most highly regarded defenders in the country, learning from the likes of Jamie Carragher and Sami Hyypia over the years. With Hyypia leaving in 2009 and Carragher now well past his best, the two have developed a partnership in the last couple of years that has the potential to be one of Liverpool’s most respected over the last two decades. 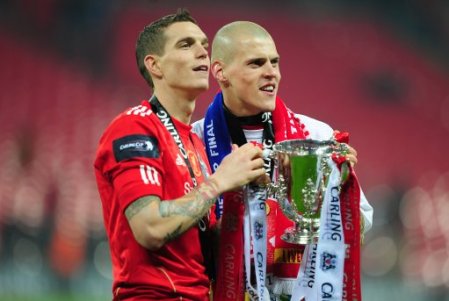 Both 28 last month, and born just three days apart, Agger and Skrtel are now both captains of their respective countries, Denmark and Slovakia. Agger’s classy, laid-back game is the perfect foil for Skrtel’s more robust, fearsome style, much like Alan Hansen and Mark Lawrenson in Liverpool’s all-conquering side of the 80s.

They are now in the prime of their careers- widely seen as 27-32 for defenders- and seem to have rid themselves of the injury problems that hampered their progress in their early to mid 20s.

So who can lay claim to being a better defensive Premier League pairing at present?

Champions Manchester City have arguably the best defender in the Premier League in Vincent Kompany, but he lacks a partner at the level of Agger or Skrtel. Joleon Lescott was terrific last season but has fallen out of favour at The Etihad, while 19 year old Matija Nastasic has shown potential but is yet to strike up a convincing relationship with his captain.

Manchester United’s hugely respected pairing of Nemanja Vidic and Rio Ferdinand have been colossal over the years; one of the Premier League’s best ever in fact. They are, however, both now in their 30s and are not quite the players they once were, with consistent injury problems to both meaning they no longer play together too often. It has to be said both were excellent against Luis Suarez in Sunday’s victory. Jonny Evans and Chris Smalling are talented young defenders but neither have struck up a regular partnership on the pitch with each other, or Vidic or Ferdinand for that matter. Ferdinand and Evans has probably been most frequent, solid pairing but United have leaked goals all season. 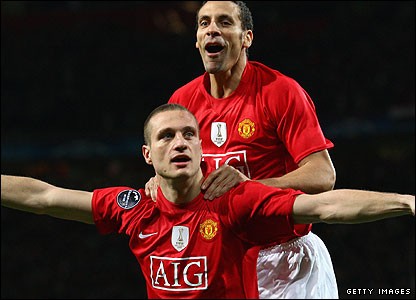 Chelsea, like United, don’t really have a definitive partnership at the heart of their defence these days. John Terry, when fit, is still first choice but Gary Cahill, David Luiz and Branislav Ivanovic can all lay claim to being his first choice partner. Luiz has shown he is better in a holding midfield role while Ivanovic is both struggling for form and is better deployed as a right back. Cahill is the best of the three and if he and Terry were to become a regular pairing they would have the potential to be the best in the league. As it is, Cahill is not guaranteed a starting berth week in, week out at present.

Arsenal seem to chop and change between Thomas Vermaelen, Per Mertesacker and Laurent Koscielny in their defence, and none are particularly convincing. Captain Vermaelen has had a poor season by his standards, while Mertesacker and Koscielny are capable of 89 excellent minutes before a howler ruins their good work. On top form, Vermaelen and Mertesacker would appear to be the first choice pairing but Arsene Wenger’s constant chopping and changing is not giving the defence any real stability.

In recent weeks the Tottenham duo of Michael Dawson and Jan Vertonghen have impressed hugely, and with William Gallas now 35 and Younes Kaboul injured they look to be Andre Villas-Boas’ first choice pairing for the foreseeable future. Vertonghen is a very similar player to Agger; elegant and more than capable of bringing the ball out from the back and starting attacks.

Perhaps the pairing who could have a genuine claim to being the best in the business so far this season are Phil Jagielka and Sylvain Distin at Everton. Both have been magnificent and have played almost every game in the league. Jagielka, in particular, has been almost faultless at times, becoming arguably England’s first choice centre back in the process. Distin, at 35, has been a rock at the back and could easily be six or seven years younger. He doesn’t seem to have lost any of his pace and power and is playing better than ever. The two have been a huge reason for Everton’s excellent campaign and an injury to either could seriously hamper their dreams of a top four finish.

Ryan Shawcross and Robert Huth at Stoke have also been terrific this season, and many rate them as highly as anyone as a pairing. In terms of pure physicality and aerial prowess they are as dominant as anyone in the league but they lack the subtlety and pace of the Liverpool pairing. Saturday’s 4-0 mauling by Chelsea was not a good day at the office for them. 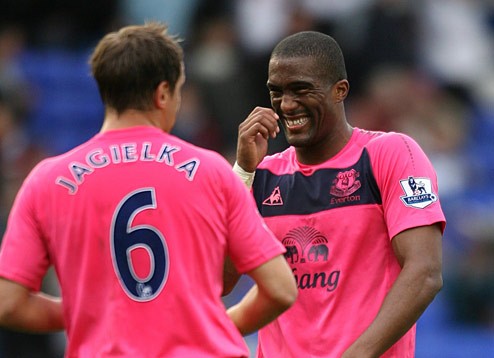 Brede Hangeland and Aaron Hughes at Fulham have been a very underrated pairing for a number of year now at Craven Cottage, while Jonas Olssen and Gareth Macauley have been excellent for a West Brom side enjoying a memorable season so far. At their best, the Newcastle duo of Fabrizio Coloccini and Mike Williamson are an excellent pairing but they are not having nearly as good a season as time around.

The Premier League is lucky to have a number of terrific centre-half pairings at the moment but, perhaps barring Jagielka and Distin, none are as dominant and in-form as Daniel Agger and Martin Skrtel currently.

Who do you think is the Premier League’s best pairing on current form?