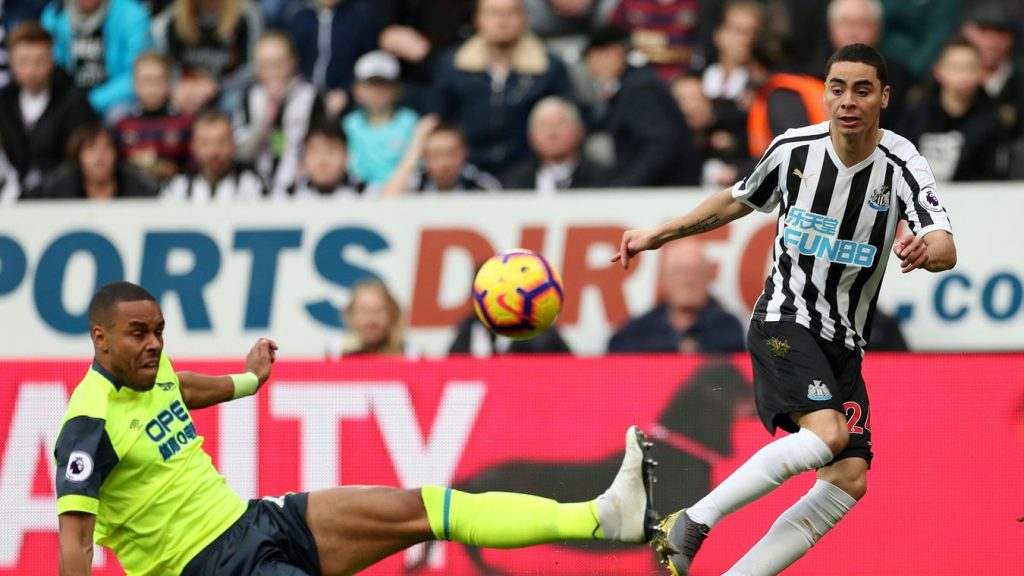 Newcastle midfielder Miguel Almiron has had an impressive start to life in England.

The Paraguayan was a handful against Huddersfield and Burnley over the last week and he will be looking to build on his strong start at Newcastle.

Rafa Benítez and the fans will have been pleased with the January signing’s contribution so far.

The player’s agent has now confirmed that Newcastle weren’t the only Premier League club after his client in January.

Southampton wanted to sign the playmaker on a loan deal as well.

Almiron’s agent revealed that Arsenal wanted to loan the player as well but a loan move was never an option for the midfielder.

As for United, the Red Devils never quite came up with an offer.

“Miguel Almiron is a footballer who went from less to more, now he is a more complete footballer,” he told radio station ABC Cardinal.

“There was interest shown by Manchester United in Miguel Almiron but they never made an offer.

“Arsenal and Southampton offered loan deals for Miguel Almiron but we did not want it to be a loan.”

Newcastle fans will love the fact that the player turned down the chance to join a bigger club in Arsenal for them.

So far, Almiron has shown that he has the potential to make it in the Premier League and it will be interesting to see if he can establish himself as a key player for Rafa Benitez’ side with time.