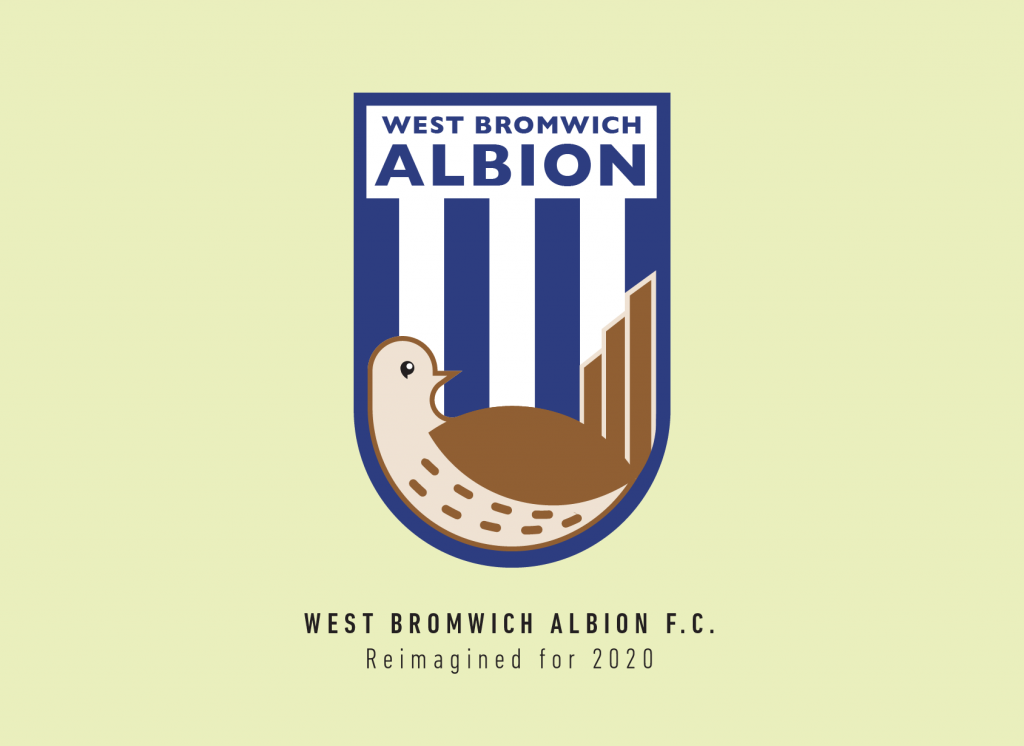 West Bromwich Albion FC is one of the founding clubs of the Premier League, or as it was known in 1888, the Football League.

This was the first professional football league in the world. The club has been an integral part of Premier League history and also won the league in 1920.

West Brom FC was formed in 1878. They were initially known as the “West Bromwich Strollers”. They adopted their current name soon after though in 1880.  They are serial FA Cup finalists, having appeared in the finals 10 times, winning 5 of them.

West Brom’s first crest was introduced in the late 1880s and featured a throstle (song thrush) bird. The throstle has since then featured in almost all of their crests since.

Why the throstle you ask? The public house in which the team used to change kept a pet thrush in a cage. This also led to the club’s nickname of “The throstles”.  In the 1930s, a caged throstle was even placed beside the touchline during matches and legend goes it would sing if West Brom were winning.

The current crest was introduced in 2011 and wasn’t very different from the previous version. It featured a shield with blue and white stripes featuring a throstle perched on a raspberry branch.

I really didn’t have many decisions to make while redesigning this crest. I used a lot of circles and the shape of a rounded shield to make my version of the throstle. I used a grid to match the tails with the stripes and had to make a ton of minor adjustments to make it look right, initially there was way too much brown as the wing was much larger.

I reduced the number of stripes to make it less noisy and got rid of the branch for the same reason. The end result is a much cleaner version that looks like it’s been designed in 2020.

West Bromwich Albion FC is one of those clubs that’s been there since the start. They have seen it all, the highs and the lows during their long history. During that history, they have also evolved their crest multiple time.

Here’s to hoping that another more modern one happens soon, bringing in a new age for the club.