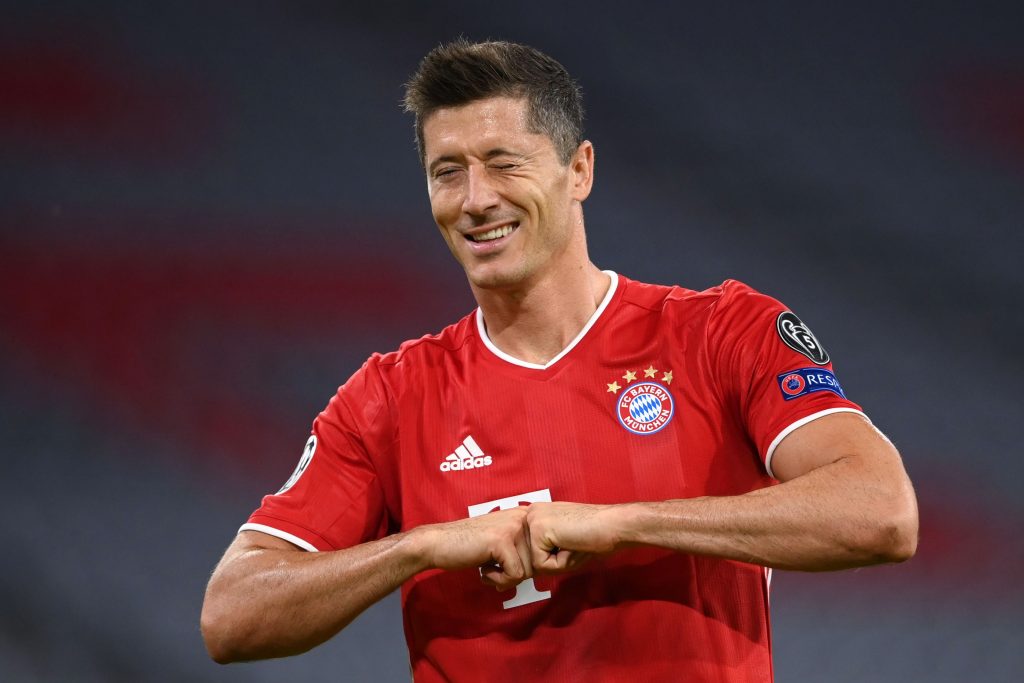 The decision to cancel the Ballon d’Or award for 2020 left fans across the world wondering who would have picked up the prestigious prize.

Lionel Messi and Cristiano Ronaldo have dominated proceedings in recent times, winning the award 11 times between them over the past 12 years.

Both players were in the conversation this time around, although it would have been a surprise if either of them had added to their tally.

Robert Lewandowski appeared to be a good bet after scoring 55 goals in 47 appearances to help Bayern Munich win the treble.

The Polish striker is expected to be a strong contender in 2021, but which other players are likely to challenge him? Read on as we take a closer look.

Barcelona failed to win a trophy last season despite Messi weighing in with 31 goals in 44 appearances in all competitions for the club.

The 33-year-old has told Barca he wants to leave this summer and will undoubtedly have a point to prove wherever he ends up next season.

A potential move to the Premier League is an exciting prospect and it would be foolish to write off Messi’s chances of winning a seventh Ballon d’Or in 2021.

Ronaldo bagged 37 goals in 46 appearances for Juventus last term and he remains one of the best players in world football.

However, the Portuguese star has been unable to inspire Juve to Champions League success and they don’t appeal as likely winners of the competition next season.

On that basis, there may well be a changing of the guard when the leading contenders for the 2021 Ballon d’Or award are named.

Lewandowski’s goalscoring exploits for Bayern are becoming legendary and he should be in the running for the top player prize next year.

The 32-year-old’s record of 246 goals in 289 for the German giants is simply phenomenal and he is showing no signs of slowing down just yet.

If the Polish striker continues in the same vein next season it would be a major surprise if he wasn’t amongst the favourites to win the Ballon d’Or.

De Bruyne was Manchester City’s standout player last season and could be set for a stellar 2020/21 campaign for both club and country.

City should be in the mix for silverware next term, while Belgium are amongst the favourites to win the European Championships.

De Bruyne will be an integral part of those efforts and if he can avoid injuries he should be firmly in the running to be crowned as the world’s top player.

The 2019/20 season ended disappointingly for Mbappe, with Paris Saint-Germain defeated by Bayern in the final of the Champions League.

The French star struggled with an injury during the latter part of the campaign, but he should be back to full fitness this term.

With PSG expected to dominate Ligue 1 and France fancied to do well at the Euros, Mbappe is likely to be a strong contender for the Ballon d’Or.

Haaland scored 44 goals in 40 appearances in all competitions last season to highlight that he deserves the tag of ‘the next big thing’ in European football.

The Borussia Dortmund forward will be part of an exciting line-up that will have their sights set on knocking Bayern off their perch in the Bundesliga next term.

If the 20-year-old continues his current rate of progress, he could be a good bet to win the Ballon d’Or in 2021.

Prediction: Messi and Ronaldo have been the best of the bunch in the world in recent years, but their time at the top is coming to an end.

Lewandowski and De Bruyne are fancied to be amongst the front-runners for the 2021 Ballon d’Or, but Mbappe or Haaland appeal as the most likely winners.

Choosing between the pair is not easy at this stage, but slight preference is for Mbappe given that he will be part of France’s bid for glory at the Euros.