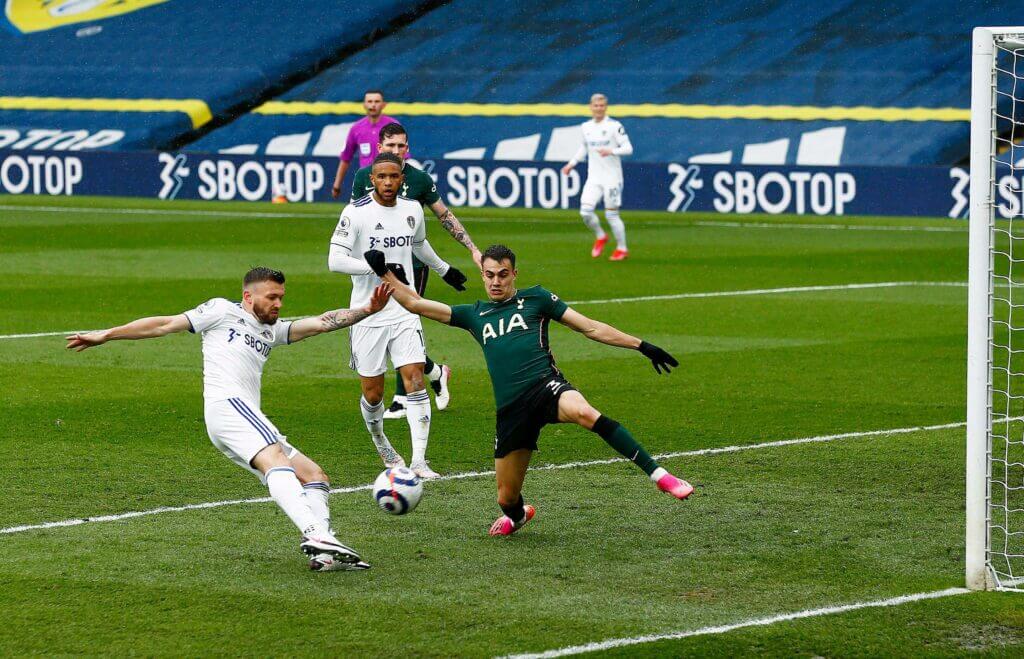 Leeds United returned to winning ways after beating Tottenham Hotspur in the Premier League at Elland Road on Saturday.

Stuart Dallas, Patrick Bamford and Rodrigo scored for the Whites as they recorded a 3-1 victory over Spurs.

Dallas scored the opening goal of the match within 13 minutes, with Gjanni Alioski picking up another assist.

Heung-min Son restored parity for Spurs, but Bamford gave the lead again for the home side just before half-time.

In the second half, Rodrigo found the net towards the end of the game to kill all hopes of a potential comeback from Spurs.

Many Leeds fans took to Twitter to express their reaction to Dallas’ performance. Here are some of the selected tweets:

Great half from #lufc with Dallas proving again why its hard to see anyone going past him as player of the season. Klich much better too. Been great to watch.

Stuart Dallas is just ridiculous value. Not only does he play in nearly every position, but he excels absolutely anywhere too.

Been an incredible season and he's really shone. #lufc

How do you put a value on someone who is as good as Dallas in so many positions? Irreplaceable #LUFC

Dallas has been arguably one of the most consistent performers for Leeds under Marcelo Bielsa, taking his game to a whole new level in the Premier League.

He has scored important goals for Leeds, especially against the big teams.

For Spurs, the defeat is a huge blow to their top-four hopes.