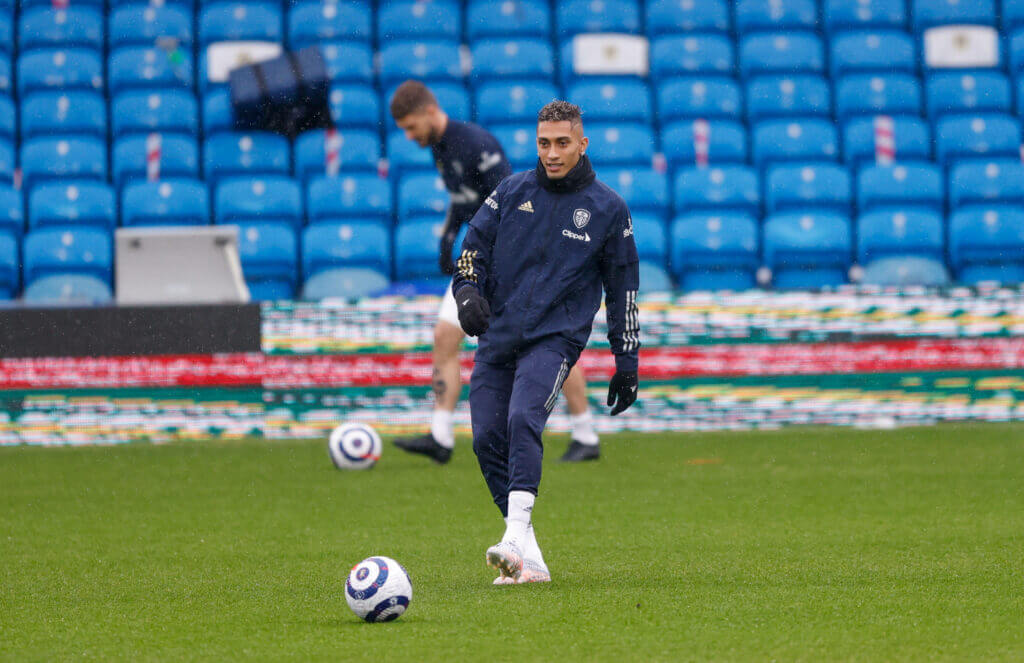 The Brazilian winger came on as a substitute during the match as Leeds won 3-1 against Tottenham Hotspur in the Premier League at Elland Road on Saturday.

Goals from Stuart Dallas, Patrick Bamford and Rodrigo sealed all three points for Marcelo Bielsa’s side.

Raphinha, who joined in the summer transfer window, had been out of action with an injury since the 2-1 win against Manchester City last month.

He returned in the second half when Leeds were leading 2-1. Raphinha provided the assist for Rodrigo for the third goal, which killed off any hopes of a potential comeback from Spurs.

Beckford was full of praise for Raphinha, with the former Leeds star applauding his impact.

Raphinha has been on for less than 5 mins and the desire and commit he’s shown already shows why he’s straight out of the top draw!👏🏽

The former Leeds striker also expressed his reaction after Dallas scored the opening goal for Leeds.

Raphinha has been outstanding for Leeds this season, scoring six goals and providing seven assists in the Premier League.