In his 17-years of glittering career at Arsenal, manager Arsene Wenger has achieved all except a Champions League trophy. The Frenchman has come close to winning it in 2006, but a defeat to Barcelona in the final has left him thirsting for the trophy and content with the runners-up medal only. 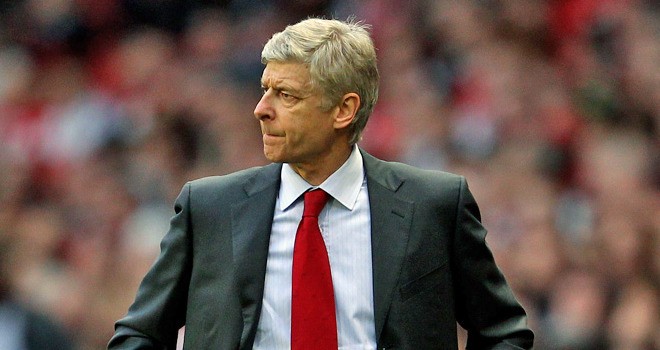 Ahead of the crucial Champions League tie against Napoli at home, Wenger is not only expecting to earn full three points from this match, but the Frenchman is targeting something bigger. Could this be their season? Can they finally end their European trophy drought? Well, let us take a look at five reasons why the Gunners are genuine contenders for this year’s champions League competition.

Arsenal have been pitted in the Group of Death alongside Napoli, Borussia Dortmund and Marseille. To progress from the group in itself is a morale boosting achievement and all they’ll need from there on is to have that belief in themselves to go the distance.

Manchester United won the trophy in 1999 when they were placed in a similarly tough group. All you need is to carry that belief forward. Steven Gerrard reflected that one magical Reds’ victory over Olympiakos gave them so much of belief that they never looked back since in that dream UCL run. Arsenal can do that same too.

Well, Wenger is expected to sign a new contract at Arsenal but he too feels that this is one trophy that he must add to his CV, with time running out in his elongated career. He is determined than ever to win it this time around and his hunger to succeed could take Arsenal further.

He says: “I will try to fight very hard to fill my CV with that. But you play against Barcelona, Bayern, Real Madrid – every year they are there with a chance. Every year you always think: ‘Let’s do it’, and one year it will go for you. Let’s hope it will be this year.”

As we often see in this competition, especially as we move into the knock out stages away goals are so important in deciding the fate of the match. Wenger’s team has suddenly found a secret mantra to win away games impressively. Eight consecutive away league victories, 12 in total in all competitions – they ought to feel every right to remain positive every time they play away from home.

Though in this competition, often it happens that a team may not need to be the best in the league, but still can do well in Europe. Liverpool won the 2005 UCL, yet finished 5th in the league. But, in most of the cases, we find the best performers of the league doing it well here. Bayern Munich, Barcelona, Inter Milan, Manchester United all are burning examples of that.

Point is, Arsenal for the first time in many years are seen as a genuine title contender. At least, they are expected to be in the title race. And if they can transfer this burgeoning confidence of the league to Europe, there is no reason as to why they cannot have a crack at the Holy Grail.

To win the Champions League, you need a certain X-factor to your team. Arsenal have finally found that this season after signing Mesut Ozil from Real Madrid. The German star is already making his presence felt and his form in Europe will be crucial  to Arsenal’s success.

And likewise, Arsenal have been able to remove the fringe players (dead-woods) from the squad. It is now a balanced side replete with outstanding young talents – the perfect dose required to earn success at European levels.