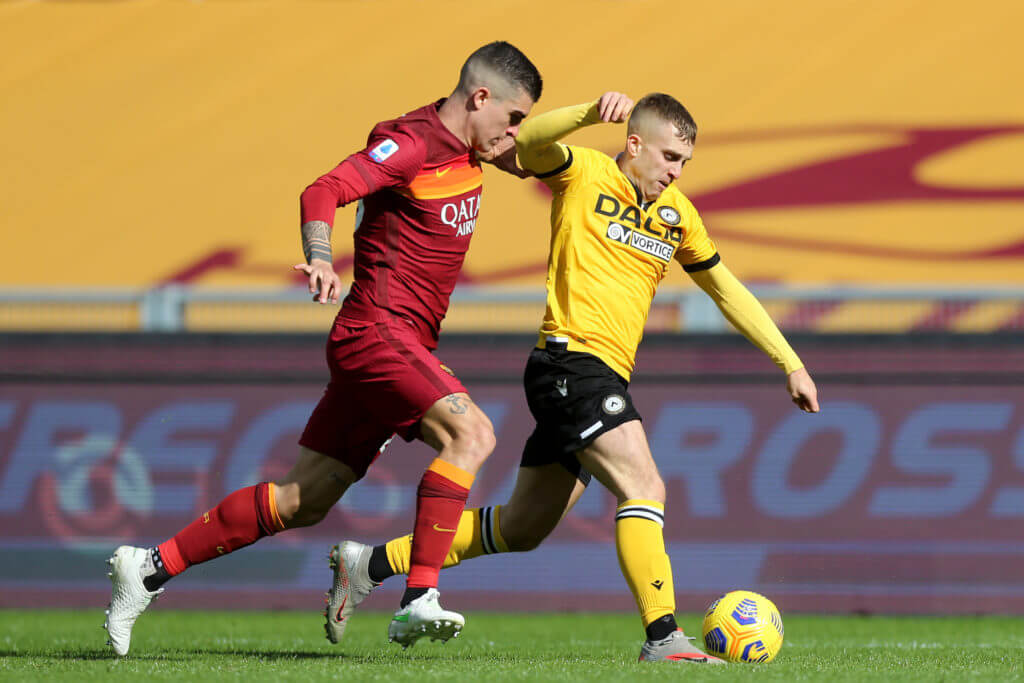 According to reports from Leggo, Everton are keeping tabs on Roma centre-back Gianluca Mancini ahead of a potential move in the summer.

The 24-year-old central defender has made 19 appearances in Serie A, scoring three goals and providing one assist.

Serie A giants Inter Milan are apparently in the race to sign the Italian who can also play as a defensive midfielder.

Clearly, Mancini has impressed for Roma this season as Paulo Fonseca’s side are aiming for Champions League qualification.

He was superb during Roma’s 3-0 win over Udinese and was simply outstanding in the 3-1 win over Verona earlier this month.

The report doesn’t add enough details about Everton’s interest – whether their scouts have watched him recently or if they have made any informal checks.

It could be an agent fuelled rumour to generate attention and highlight the player’s profile. He is a decent player, no doubt, but it’s questionable why Everton should be looking at another defender at this stage.

The Toffees have the likes of Michael Keane, Yerry Mina, Mason Holgate and Ben Godfrey as four quality centre-backs, and adding another player in that department doesn’t make sense unless they’re planning to ship one of them out (possibly Mina?).

It’s the right-back position where Everton desperately need to bolster, with Jonjoe Kenny failing to impress as a back-up option.

Mancini can play as a central defensive midfielder, and Ancelotti may be attracted by his versatility. At the moment, it seems like Everton are just keeping track of his progress, and that there is no genuine attempt to sign the player.