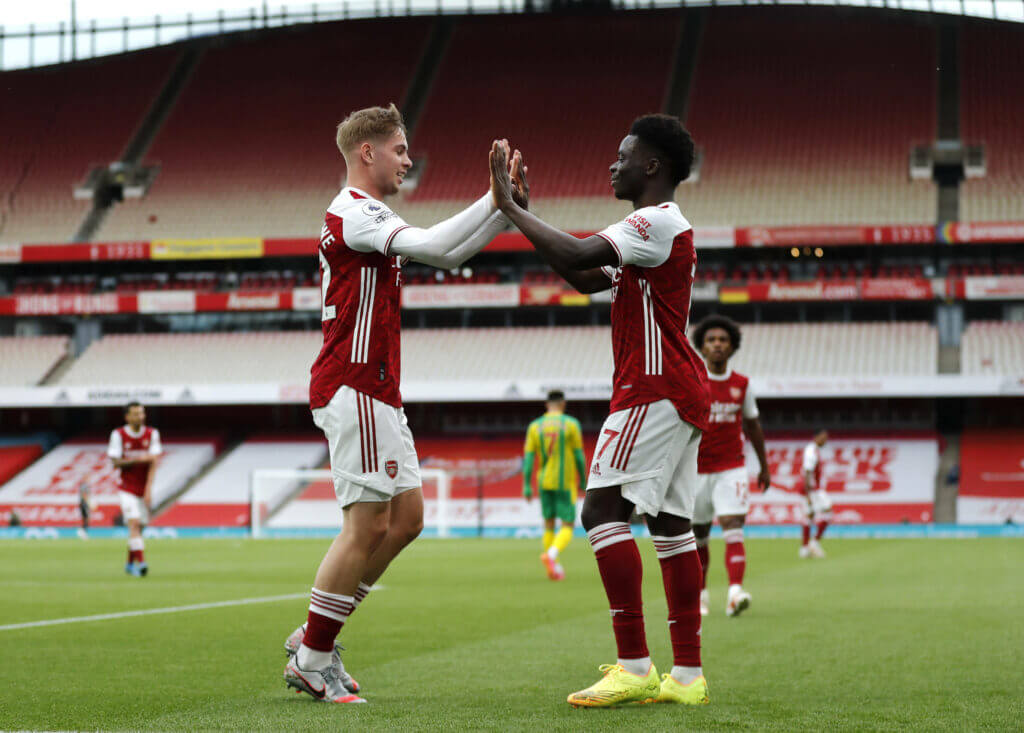 Emile Smith Rowe scored his first Premier League goal for Arsenal as the Gunners won 3-1 against West Bromwich Albion at the Emirates Stadium on Sunday.

The 20-year-old took to social networking site Instagram after the game to express his reaction. Several players, including Tottenham Hotspur’s Ryan Sessegnon, responded to his post. 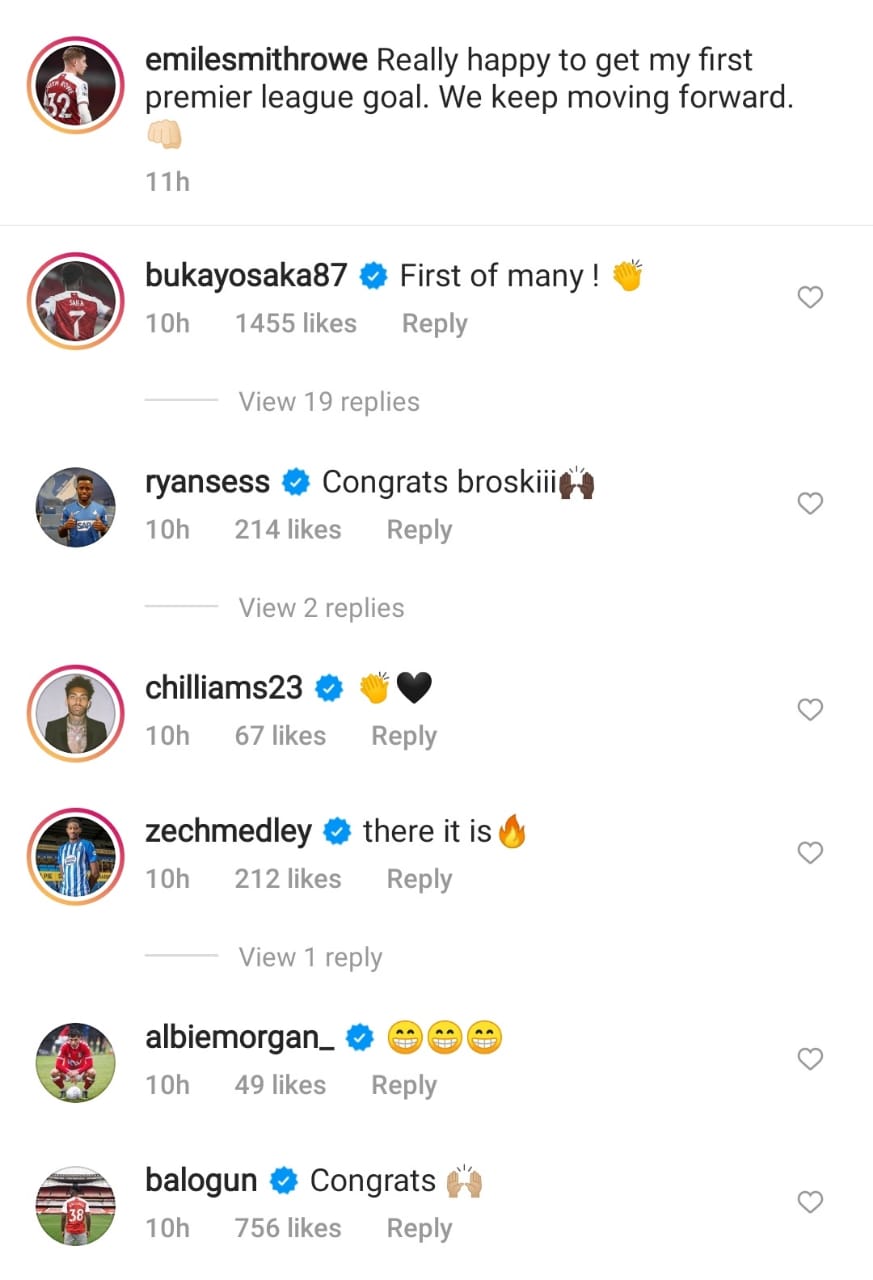 The Gunners returned to winning ways in the Premier League and now have moved to ninth in the league table.

Smith Rowe scored the opening goal of the match. Nicolas Pepe added another to make it 2-0 at the break.

Matheus Pereira gave the visitors hope when he scored an impressive individual goal in the second half.

However, a late goal from Willian sealed all three points for Mikel Arteta’s side.

Following the defeat, West Brom have been relegated from the Premier League. It was also the first time Sam Allardyce has faced relegation in his career.

Smith-Rowe has enjoyed a breakthrough season at Arsenal. He has had a hand in 10 goals in his 30 appearances for the club.

He scored previously in the Europa League but has now finally opened his scoring account in the Premier League.

Bukayo Saka, who was excellent during the game, also responded to his post, saying – ‘first of many’. There’s no doubt that the duo are the future of this club.

Sessegnon joined Hoffenheim on loan from Spurs this summer. He has managed two goals and two assists in 21 appearances for the German club in Bundesliga.

Arsenal are four points behind Tottenham, and they have a slim chance of making it to Europe this season.