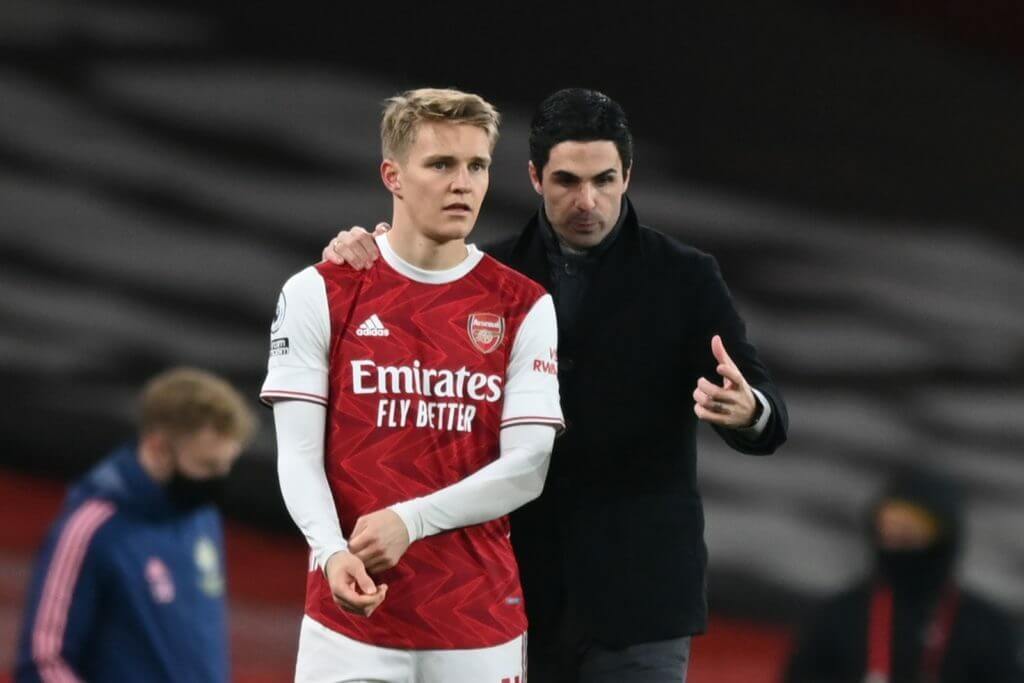 Real Madrid are reluctant to sell Martin Odegaard to Arsenal permanently unless they are prepared to insert a buy-back clause as part of the deal, ABC reports.

The Norway international spent the second half of last season with the Gunners on loan, bagging two goals and two assists from 20 outings.

The Gunners are keen on retaining his services this summer, and they are awaiting the green light from Los Blancos to make a proposal.

It is now reported that Odegaard remains in the plans of manager Carlo Ancelotti, but he can’t assure him with a regular starting position.

Los Blancos are willing to sanction Odegaard’s sale to the Gunners for €50 million but want to retain a buy-back clause as part of the deal.

Odegaard had a positive influence on the Gunners’ results during the back end of last season with his intelligent distribution in the final third.

He is currently with Los Blancos in pre-season but may struggle for regular minutes with the heavy competition for places in the line-up.

Casemiro is an undisputed choice for the holding midfield spot. In front of him, Luka Modric and Toni Kroos are widely expected to feature.

Odegaard could be restricted to a bench role once again, which may pave the way for a possible return to the Emirates Stadium.

The Gunners are keen to land the Norwegian, but they are unlikely to meet the price tag unless they can recoup funds from player sales.

The hierarchy may also be reluctant to make such a huge outlay on a player after learning of Los Blancos’ buy-back clause demand.

It would prove a poor piece of business. Odegaard could make a huge impression for the Gunners only to return to Madrid next summer.

The north London giants could be interested in the proposal only if Los Blancos accept to sell Odegaard for a significantly lesser price.