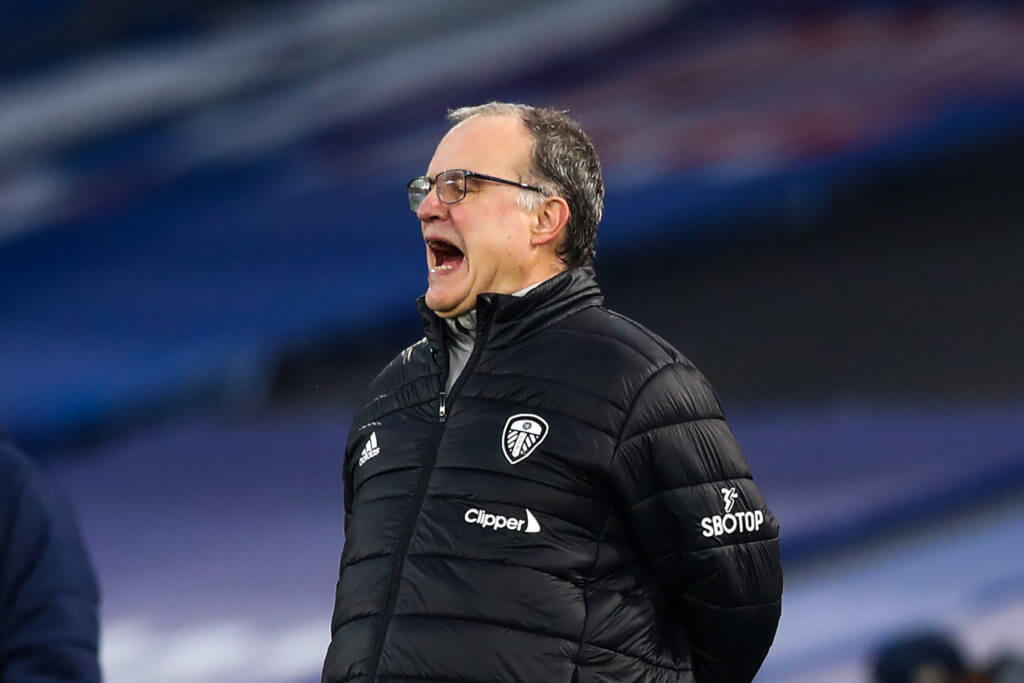 Leeds United will take on Arsenal at Elland Road on Sunday afternoon, and you can watch this and other Premier League games live online.

Tv Info: The match will be televised on Sky Sports Premier League and Sky Sports Main Event. It will also be available on Sky Go and NowTV.

The Whites made a strong impression at the start of the season after producing eye-catching displays against Liverpool, Manchester City and Aston Villa.

However, they have been hit by a reality-check following back-to-back 4-1 defeats in the Premier League against Leicester City and Crystal Palace respectively.

Marcelo Bielsa’s side has picked up just one win in their last five games, and the Whites will be desperate to return to winning ways when they take on the Gunners.

Here is the team we think Bielsa will select for this game.

Goalkeeper: First-choice Illan Meslier has conceded 17 goals in eight games already, leading to concerns that Bielsa may have missed a trick by not signing an experienced goalkeeper in the summer. Kiko Casilla remains an option, but Bielsa is likely to stick with the young Frenchman.

Defence: Summer signing Diego Llorente is taking longer than usual to return to fitness, and the Spaniard is doubtful for this game.

Bielsa’s unusual 3-3-3-1 formation backfired before the international break and the Argentine could revert to a four-man defence against Mikel Arteta’s side.

Robin Koch and Liam Cooper are expected to form the centre-back pairing, while Luke Ayling and Stuart Dallas should take up the right and left-back roles respectively.

Midfield: Kalvin Phillips has hinted that he could return against Arsenal, and his inclusion to the side will be a massive boost for the club. In case he misses out, Pascal Struijk should continue to fill his role although he badly struggled against Palace.

Forward: Rodrigo has recovered fully from COVID-19, and he is fit to play on Sunday. The 29-year-old former Valencia forward should form the attacking midfield quartet alongside Jack Harrison, Helder Costa and Mateusz Klich.

Patrick Bamford has been in sparkling form this season (seven goals already in the Premier League), and the former Chelsea striker is expected to lead the line.

Thus, Bielsa is likely to make two changes, with Rodrigo and Phillips replacing Ezgjan Alioski and Struijk from the last match.