Guten morgen and willkommen to the daily World Cup column on Soccerlens.

A brace of goals from striker Luis Suarez made sure that two-time winners Uruguay would be competing in the World Cup quarter-finals for the first time since 1970, after seeing off an industrious South Korea side in a rain-drenched encounter at the Nelson Mandela Bay Stadium.

The Asian side then pressed in search of an equaliser and saw a hatful of chances go begging before finally restoring parity in the 68th minute, when winger Lee Chung-Yong capitalised on Mauricio Victorino‘s botched clearance to nod home.

With both sides fairly evenly matched, the final period became increasingly tense – that was until a moment of pure inspiration restored Uruguay’s advantage just ten minutes from time.

A deep corner found Suarez lurking on the far side of the South Korean box and, after cutting inside to create an angle for himself, the 23-year-old forward unleashed a sublime curling shot which clipped the far post on it’s way in.

Ghana kept home-continent interest alive in South Africa after beating the USA in extra-time, thus becoming only the third African side ever to reach the last 8 of the World Cup.

The Black Stars went in front with only 5 minutes on the clock – Kevin-Prince Boateng beating Tim Howard at his near post with a daisy-cutter, after marauding forward from the half-way line.

The shell-shocked Americans struggled to regain their wits after suffering such an early blow, but a half-time pep-talk from Bob Bradley Snr. seemingly restored the Yank’s composure.

Quarter-of-an-hour after the break, the USA got themselves back on level terms through a near-perfect Landon Donovan penalty, awarded when Jonathan Mensah unceremoniously brought Clint Dempsey‘s piercing run to an abrupt end inside the area.

The bottom fell out of the game during the latter stages of normal time, although Bradley’s men had sporadic chances to nudge themselves in front – Richard Kingson denying both Bob Bradley Jnr. and Jozy Altidore with impressive saves.

The US were then made to rue their wasted chances when, in the third minute of extra-time, Asamoah Gyan raced onto a looped through-ball to smash a powerful left-footed strike past Howard. 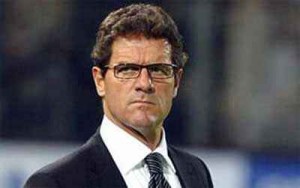 England coach Fabio Capello has urged his players to forget about the historical significance of their upcoming game against Germany, and treat the tie like they would any other in a bid to focus their minds on writing a new chapter in the record books.

“We have to play against all other teams here. We have to beat the big teams, and Germany are one of those. But this game is not about anything more.

There is pressure, of course, but that is normal. The game against Slovenia was very important for us because I saw the spirit of the team again.

We played very well – passed it well, switched the play well, everything was really good – and created chances, so I have big confidence in my team.

The spirit is back. It has been like that in training this week, too.”

Capello is widely expected to name an unchanged side to that which beat Slovenia on Wednesday, although it is being reported that Matthew Upson may be replaced in the centre of defense by Jamie Carragher – who returns after serving a one-match ban. 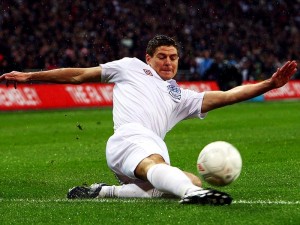 England captain Steven Gerrard has called for his teammates to ‘stand up and be counted’  in this afternoon’s potentially  ‘career defining’ clash with Germany.

“This is a game where you have to stand up and be counted. When you are growing up, it is the stage you want to be playing at.

There could be a big moment in the game that can define any player’s career. But you look forward to it. It is a fantastic game to play in. Everyone is excited.”

I know what you mean Stevie. I’m so excited I’ve had to put a tarpaulin down. 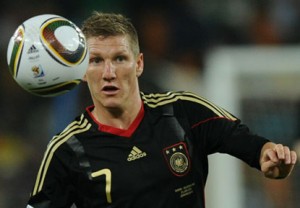 The Bayern Munich star had been a serious doubt for Die Mannschaft‘s crunch last-16 tie with England, but it now seems that the 25-year-old string-puller will be fit to start.

One player who won’t be featuring for Joachim Loew’s side this afternoon will be striker Cacau, who has been ruled out of the match after pulling a stomach muscle. 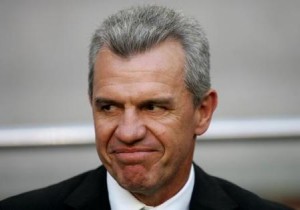 Mexico coach Javier Aguirre has sent out a message of defiance to all those who believe that his side are as-good-as-out, even before El Tri take on Argentina in the second of today’s second round fixtures.

“Nobody is betting a bottom dollar on us, the analysts are saying we’re dead and gone. We will see.

I think Mexico are nobody’s favourites, they don’t believe we have a possibility [to beat Argentina] but we will see after the 90 minutes whether we can change history.”

Maxi in for Seba? 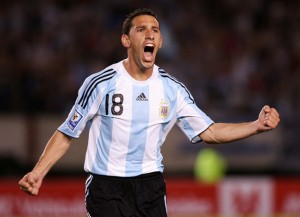 Joint tournament top-goalscorer Gonzalo Higuain and captain Javier Mascherano are also set to be reinstated, after both being rested for the Albiceleste‘s final group game against Greece.

“The whole world knows that Maradona loves me. He adores me.”

England midfielder Gareth Barry has told his teammates to ‘play without fear’ against Germany. (F365)

Mexico striker (and Manchester United new-boy) Javier Hernandez is officially the fastest player at the World Cup so far, after being clocked running at 32.15 kph. Impressive! (Dirty Tackle)

Today’s (Sunday 27th June) round is as follows: