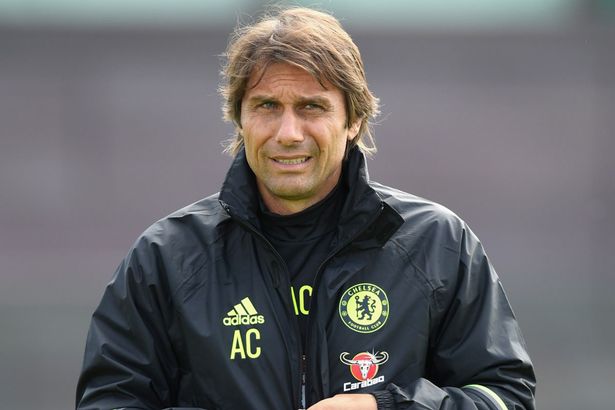 After Chelsea were beaten in consecutive fixtures by Liverpool and Arsenal, a host of people were writing the Blues off this season, stating that it would be a transitional season for the 2014-15 Premier League champions. However, a tactical masterstroke by new boss Antonio Conte to revert to the tried-and-tested three-man defence that served him so well at Juventus has got the West London club back on track.

In recent weeks, commanding victories over Hull City, Leicester City, and Manchester United have left Chelsea a point off top spot and confirms their ability to challenge for the title. On paper, the Stamford Bridge outfit look to have weaknesses using Conte’s 3-4-3 system, with the opposition surely identifying areas where they can get at the London side.

Forward-thinking wing-backs have yet to be tested on the back foot, while César Azpilicueta has been asked to play out of position yet again as a centre-half. However, there is little doubting that the results of late have been impressive.

Conte’s success in Turin was based around a miserly defence, with Juventus’ goals-against tally formidable in the three years the former midfielder was in charge. In the 114 Serie A games at the Bianconeri helm, his team only conceded 67 goals – consistently the fewest in the division. The Italian is earning £6.5million per season at Chelsea after signing a three-year contract and will be expected to deliver this season.

Chelsea have not conceded in their last three games following the switch to 3-4-3, which is a great contrast to the Blues letting in a goal in five of their first six Premier League games when playing a back four. With John Terry and eventually Kurt Zouma returning to fitness to bolster Conte’s options at the back, a watertight defence could well be the bedrock that the club’s title challenge is based around.

At the other end of the pitch, Chelsea’s creative flair in recent years has always been provided from wide areas, with Eden Hazard and Willian operating on the flanks and making the team click in the final third. The switch to 3-4-3 has seen the Belgian in particular thrive, with a more central role for the former Lille playmaker.

With wing-backs Marcos Alonso and Victor Moses both having attacking ambitions, the Blues are not losing any of that aforementioned width, but the formation gets Chelsea’s most-gifted players on the ball in central areas.

The midfield defensive shield of N’Golo Kante and Nemanja Matic also nullifies the attackers’ defensive responsibilities to some degree and the London club have looked like a much more balanced outfit since the formation switch.

Our friends at Betway have been debating whether Conte is a tactical genius or it is the players that have driven the club to positive recent results in their latest episode of the popular “Blow the Whistle” segment.

Panellists Jack Green and Tom Clee debate how much influence the Italian trainer has had in Chelsea’s upturn in fortunes over the last couple of weeks.

You can join in on the debate in the comments of the Youtube video below, with fans that comment with their arguments for either side in with a chance of winning a free £10 bet.