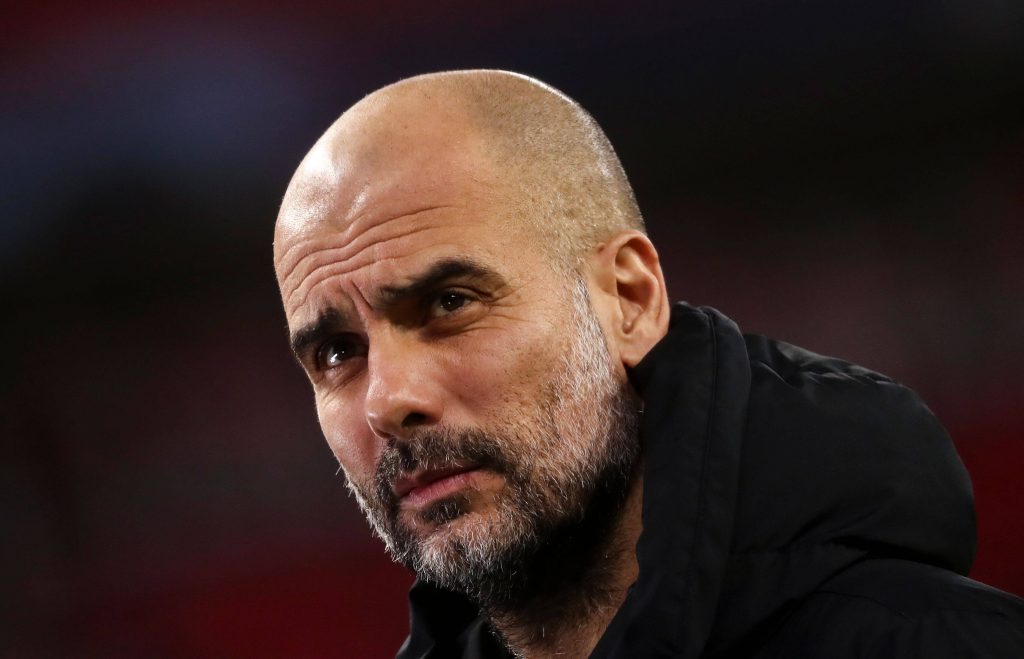 As we enter the final quarter of the 2020/21 Premier League season, the race for a top-four finish is well and truly on.

The top four hopefuls know there is little room for error if they wish to compete in Europe’s top competition next season.

While Manchester City moved a step closer to reclaiming the Premier League crown with a comfortable 3-0 victory over Fulham on Saturday night, there are a ring of contenders battling it out for the coveted Champions League spots.

With United occupying second place, nine points clear of West Ham United in fifth, it would take an almighty collapse from Ole Gunnar Solskjaer’s men to fall out of the top four.

United’s triumph over City in the Manchester derby combined with Sunday’s ground out victory over top-four rivals West Ham marked the end of a tough run of fixtures for the Red Devils.

An away trip to Tottenham Hotspur, with Old Trafford still to welcome Leicester City and Liverpool, mark the toughest of the Red Devils nine remaining games.

However, with the comfortable breathing space they boast over teams lingering just outside the top four, combined with their main man Bruno Fernandes who seems destined for the PFA Player of the Year, we reckon they will be alright.

💬 The boss was a happy man following tonight's win!

Bar Man City’s commanding display throughout the 20/21 campaign, Leicester have undoubtedly been the team to watch.

Brendan Rodgers’ men have remained consistent throughout the season and have continuously preserved through a series of injuries to first-team players.

James Maddison and Harvey Barnes have been in and out of the first-team squad throughout the campaign, while James Justin’s anterior crucial ligament injury ruled him out for the rest of the season in February.

Nevertheless, the Foxes have continued to adapt with their 5-0 thrashing of Sheffield United on Sunday evident of the team’s versatility, Jamie Vardy’s two assists also underlining his creative contribution to the side.

Despite occupying the third spot in the Premier League table, a point behind United, Leicester will be approaching their remaining fixtures with caution after being pipped to a Champions League spot on the final day of last year’s season.

Leicester welcome Man City to the King Power in their next league outing, but will look to fixtures against West Bromwich Albion, Crystal Palace, Southampton and Newcastle United to secure Champions League qualification.

Only runaway leaders City have more wins to their name in the league, and we believe the resilience shown by the Foxes throughout the campaign will be enough to seal a European spot.

Check out the best 📸 from #LeiShu 👇

After the £222 million spent in summer signings, Champions League qualification would have been the minimum goal for Frank Lampard’s men when the 20/21 campaign kicked off.

However, inconsistency cost Lampard his job in January, with the Blue’s suffering five defeats in their last eight, 11 points behind United who sat top of the table and four behind Liverpool who occupied the fourth spot.

Since Thomas Tuchel’s appointment, Chelsea have become defensively resolute, shipping only two goals and currently remain unbeaten under the German.

Arsenal and Leicester are yet to visit Stamford Bridge, while the Blues will also face away trips to City and West Ham.

Fulham and Brighton & Hove Albion will also pose stern tests for the London club, with both sides battling it out to avoid the drop.

Chelsea have a deceptively difficult run-in, but the discipline Tuchel has added to his side, combined with the growing signs of attacking flair, should be enough to see Chelsea over the line.

Despite a narrow defeat to United on Sunday, West Ham can move level on points with Chelsea in fourth if they defeat Arsenal this weekend.

The Hammers have been this season’s surprise package and are deservedly in the race for Champions League qualification.

Declan Rice and Tomas Soucek have formed a strong midfield partnership, while Jessie Lingard, Michali Antonio, Jarrod Bowen and Said Benrahma have been impressive in attack.

The London side face Leicester and Chelsea in the space of a fortnight in April, with the two fixtures posing as a make or break in their hunt for a European spot.

Despite their commendable season, we see Champions League qualification as a step too far for Moyes’s men. However, they are a side well and truly on the up.

The reigning champions lie in sixth, five points behind the final Champions League spot, with their Premier League crown soon to be surrendered.

The injury-hit side are a shadow of the team that ended their 30-year wait for a league title last season, but the Reds must dust themselves down if they are to spare their blushes.

Out of all the European hopefuls, it is Liverpool who find themselves with the easiest of run-ins, with their final six games including Newcastle, Southampton and Palace visits to Anfield.

Jurgen Klopp and his players then travel to West Brom, Burnley and Man Utd.

The Liverpool of last season would have expected a minimum of 18 points from their final six encounters, but the Reds remain winless in their last six games at Anfield.

If any team is capable of pulling off an unlikely resurgence it would be Liverpool, but we feel it is too little too late.

They remain in this year’s Champions League and will be amongst the teams in Friday’s quarter-final draw.

Could they go all the way?  They couldn’t, could they…?

The Toffees home form has been their Achilles heel this season, with Sunday’s defeat to Burnley, meaning they have won three of their last 12 outings at Goodison Park.

Carlo Ancelotti has sparked hope and allowed everyone at Everton to dream of returning to European football, but for every win against Chelsea, Liverpool and Tottenham this season, there have been home defeats against Fulham, Newcastle and now Burnley.

Despite Everton’s impressive away form, winning eight out of 13 games on the road, their inability to beat teams struggling towards the bottom of the league has cost them when it matters most.

Under Ancelotti Everton’s future looks bright, but a finish in the Premier League top four looks a bridge too far this year.

14 – Dominic Calvert-Lewin has scored 14 Premier League goals for Everton this season – the only Englishman to score more for the Toffees in a single Premier League campaign was Tony Cottee in 1993-94 (16). Crucial. #EVEBUR pic.twitter.com/kDqAwUtYre

After early-season title aspirations, Tottenham’s limp display in the North London derby on Sunday stressed the underwhelming feel to their 20/21 Premier League campaign.

They by no means have the hardest of run-ins, with the likes of Newcastle, Sheffield United, Wolverhampton Wanderers and Southampton still to come.

Everton’s dreadful home record and Leeds United’s defensive frailties will also give Harry Kane plenty of room to thrive in.

However, Spurs’ inconsistency this season leaves them six points behind Chelsea in fourth, relying on teams above them to slip up along the way.

It remains a mountain too high to climb for Jose Mourinho’s men, but winning this year’s Europa League campaign could still prove a route into next year’s top European competition.

"There are 10 games to go in the Premier League, still many points to get. We can be disappointed now, but we have to prepare for the second leg of the Europa League, where we have full ambition, and also Aston Villa away."

Who do you think will finish in the top four this season, and who will miss out? Let us know on Twitter.