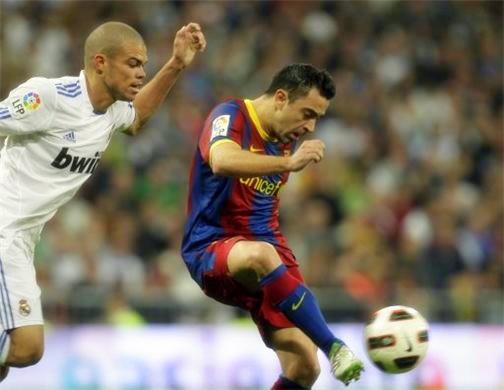 El Clasico is probably the most watched football derby in the world. Nowhere in the world so much is put on the line.

If you think Chelsea and Manchester City have the most expensive players and the biggest wage budget, you should really take a look at the numbers Real Madrid and Barcelona spend.

Without doubt, these two giants of Spain have squads unmatched in talent and extravagance. Europe fears running into either of the two.

The recent addition of Jose Mourinho to the ranks of Madrid has made this derby even more worthwhile. Prior to his inclusion, Pep Guardiola had made this a one-sided affair.

The 2011 Copa del Rey final was the first Madrid win over their rivals since 7th May, 2008 when Madrid won 4-1 at the Santiago Bernabeu. There have been seven El Clasicos since and the aggregate goals score has been 15-4 in favor of the Catalan giants.

As Madrid finally manage to progress in the UEFA Champions League this season, they have landed in a semifinal against Barcelona. Two more El Clasicos have already been played in a space of four days – Bernabeu leg of La Liga and Copa del Rey final.

Before these two, Madrid last played Barcelona at the Nou Camp which ended in a 5-0 pounding of Mourinho’s men – on 29th November, 2010.

Lets briefly analyze the tactics of the two games:

The images clearly show that Real Madrid have finally managed to get out of the their own half or at least managed to keep Barcelona out of theirs. However, the possession stats are unchanged.

The next two matches between the two will be tough ones. The tactics from both sides will be really thought out and it won’t be surprising if the Champions League matches will be as goal-less as the two already played.

Guardiola will probably be a bit worried over the depth of his squad, or lack thereof. Four very important, high-stress matches inside a month’s timespan will take a lot out of his preferred eleven and Barca do not have enough backup players to come out and perform.

Madrid on the other side, afforded to bench all of their strikers in the Copa del Rey final.

Barcelona: Eric Abidal has been out after being diagnosed with a liver tumor. Bojan Krkic is suffering from ligament damage and has been sidelined for the rest of the seasons.

Carles Puyol was stretchered off during the 1-1 draw in Madrid as a precaution. He was then on the bench in the Copa del Rey final and there is no definite news on his inclusion in the Champions League draws.

The latest concern for Guardiola is the injury of Adriano during the closing stages of King’s Cup final. He tore a muscle in his right thigh and is ruled out for four weeks.

Real Madrid: Their latest injury set-back is Sami Khedira. Mourinho said it will take a miracle for him to play in the semifinal. Angel di Maria and Emmanuel Adebayor are also doubtful.

Alvaro Arbeloa, however, is suspended.