India
Home News what if footballers were poor 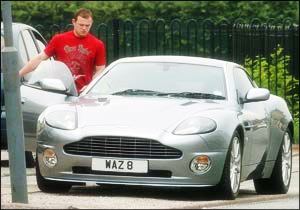 It is widely known now that Blackpool manager Ian Holloway had been given a strict salary cap of £10,000 per week per player by ex-chairman Karl Oyston. How does he motivate Marlon Harewood to score more goals than Carlos Tevez when he knows that the Apache earns more in a month than Harewood earns in two years.

Karl Oyston resigned with immediate effect’ after the Tangerines opening day thrashing of Wigan Athletic. He said he was disillusioned by the lack of ethics in the Premier League. And rightly so. It is amazing that the most average player in a Liverpool Jersey (let’s say Raul Meireles) probably earns the same as the best player at Hoffenheim – and the German League is financially very healthy as compared to the mess Liverpool find themselves in.

The team sitting pretty atop the La Liga table has a similar story to the Reds. The mountain of debt Valencia are said to be under has forced the club to (among other things) delay payments of salaries of their players in the past by a few weeks. Few weeks! I’m sorry mister Mata, but will it be okay if you survive on just a measly 5-figure sum this month?

Footballers earn more than they deserve. Their salaries and transfer fees are resulting in fans having to shell out up to 50 quid at some stadias to see their favorite team assemble a bunch of their favorite players in their starting XI.

How different would life be if footballers were poor? We don’t have to look far to find some. In countries ranked below the top 100 in the FIFA world rankings, many football players don’t know of any other green than the pitch they play on. Their lives are fueled by their passion for the game.

Alfredo Esteves – I know his name does have the makings of a star – is the captain of the Timor-Leste National Football team. His greatest moments as a footballer are:

I know most of us will give an arm and a leg – well maybe not our legs, we’ll need them – to share the same “greatest moments” as Alfredo. But Esteves wasn’t even paid the £10,000 the highest earning Seasider makes, for his appearance in that friendly. He wasn’t paid to say anything. He simply loves the game.

For Ashley Cole, the “best decision of his career” was joining Chelsea from Arsenal in 2006. In fact he went on to say that Gunners fans don’t know what they are missing out on if they aren’t supporting Chelsea. Shows how much class money can buy you.

Manchester United’s latest recruit Bébé was playing purely for the love of the game not more than a month back. But the media circus surrounding his arrival has made him realize the worth of the £7.5 million that has been reportedly spent on him. There were a lot of reports about how United lost out on signing him for free in May. For a man who would be happy to get €7.5 to feed himself just a year ago, reading a million reports on what his transfer fees is worth – Roughly 150,000 Bébé replica shirts – can be quite overwhelming! But that sum comes after the talent.

His raw footballing skills will be honed by Manchester United’s coaching staff. Behind all the headlines his story has attracted, Bébé remains a poor footballer at the core of things. And it was his inspiring performances at the Homeless World Cup, where he played not for money, but for his country that got him a United jersey.

Maybe most footballers that come from poor nations don’t understand what the power of a 40-yard-90th-minute-winner is. At that moment they surge all the power in their body to the tip of the foot and unleash an unstoppable drive. They definitely aren’t thinking of their swiss bank accounts. If we were to see that footballer everywhere, we wouldn’t have to spend $1.99 to watch the highlights of our favorite teams’ Champions League Match.

Will we ever see a time when a footballer with the talent of Messi play his entire club life for a club like Swansea because that’s his club? So what if it isn’t in the Premier League. I dream so.

Until then, bring in the beers.