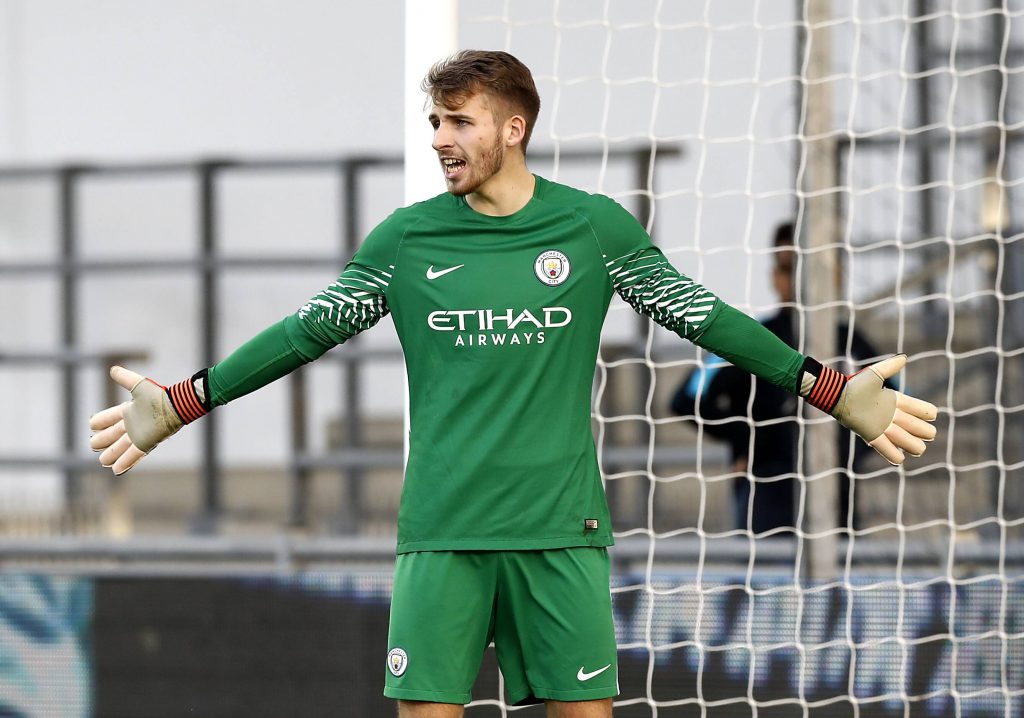 Blackpool have announced the signing of Manchester City goalkeeper Daniel Grimshaw in a statement on their official website.

The 23-year-old arrives at Bloomfield Road on a two-year deal with an option to extend it by a further year.

After winning the League One play-offs last season, the Seasiders are preparing for life in the Championship.

They will be aiming to strengthen their side this summer to boost their chances of surviving in the second tier.

Grimshaw was the second signing announced by Blackpool on Tuesday, with the other being former Doncaster Rovers left-back Reece James.

A graduate of City’s youth development system, Grimshaw was promoted to the Cityzen’s first team in 2019

However, he failed to make a single appearance, although he was an unused substitute for domestic cup games.

Grimshaw’s departure from the Etihad Stadium is best for both club and player. City have freed up space in their squad while the goalie can now develop his career elsewhere.

He will be expected to start the season as Blackpool’s back-up goalkeeper, with captain Chris Maxwell expected to continue as first-choice.

Grimshaw made his professional debut in February as he helped loan club Lommel earn a 1-1 draw with Westerlo.

Perhaps Blackpool is the place where he can finally kick-start his career?