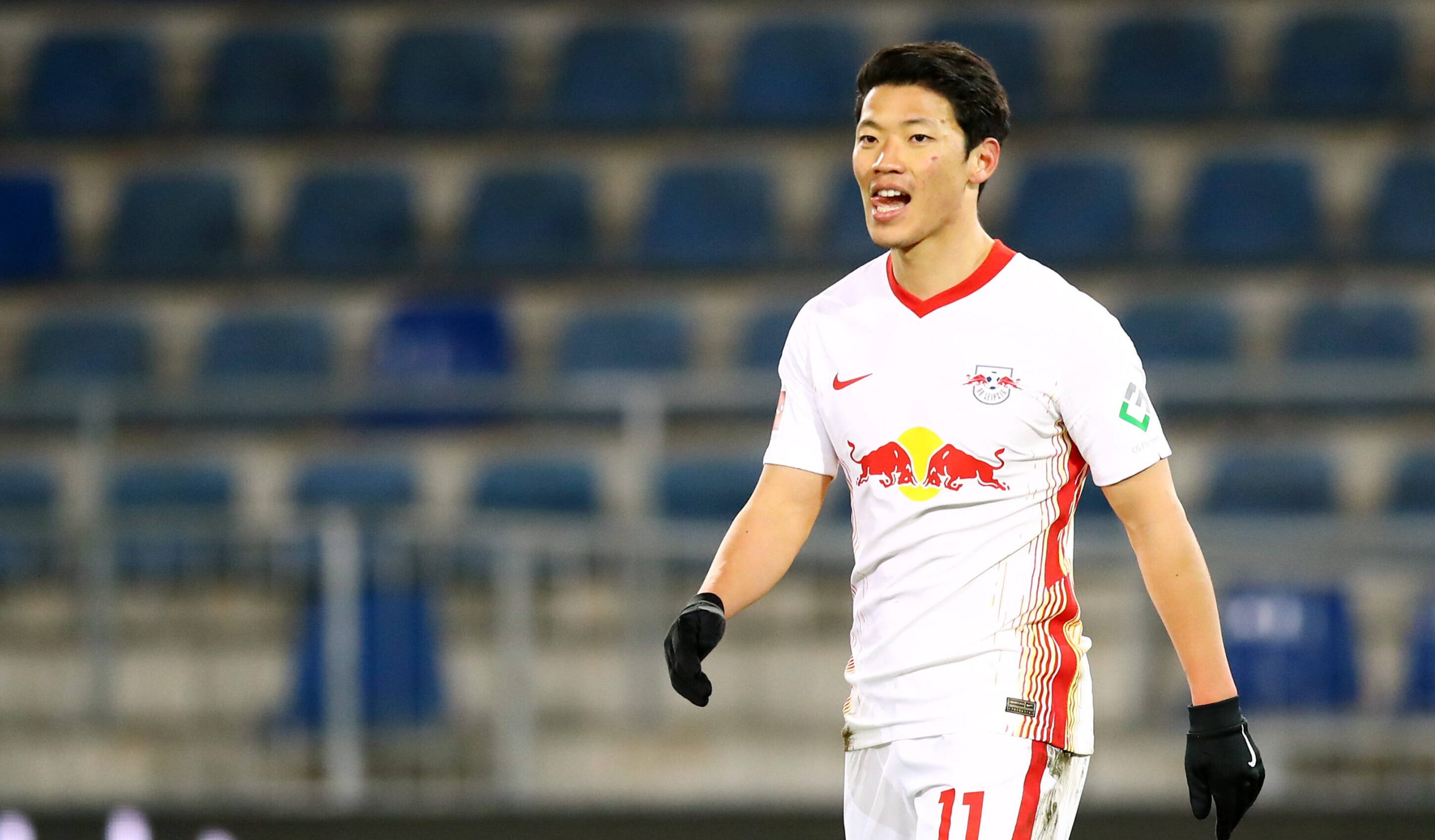 According to SPORT1, West Ham United and Everton are interested in bringing RB Leipzig striker Hwang Hee-Chan to the Premier League this summer.

Transfer-News 🏴󠁧󠁢󠁥󠁮󠁧󠁿: @WestHam & @Everton are interested in striker HC Hwang (Leipzig), want to sign him permanently. Transfer fee around €15m. Both teams were already interested in him in the winter. Nagelsmann said no. Negotiations are set to be already in hot phase. @SPORT1

Both clubs were keen on signing the South Korean international in January, but manager Julian Nagelsmann was not willing to let him go.

With the German heading to Bayern Munich in the summer, Everton and West Ham are looking to revive their interest in the €15 million-rated player, and negotiations are already in an advanced phase.

Moyes wants another striker, having failed to sign one in January following Sebastien Haller’s move to Ajax. The Bundesliga forward could be a quality addition to the Hammers front-line.

Hee-Chan, 25, scored 45 goals for Red Bull Salzburg during the four seasons he spent in the Austrian Bundesliga, but he has scored just twice in 21 games since joining Leipzig in 2020.

However, only two of those appearances have been starts, and he will likely be keen to leave the club this summer.

Nicknamed the “Bull” in South Korea due to his aggressive playing style and surname, the forward has been praised by his international teammate and Tottenham Hotspur winger Heung-min Son for being hardworking, and Everton boss Carlo Ancelotti needs those qualities at Goodison Park.

Leicester City, Wolverhampton Wanderers and Brighton & Hove Albion all joined Everton in the race to land Hee-Chan in January 2020. He could finally be on his way to England in the coming weeks.

He caught the eyes of football fans after destroying Liverpool centre-back Virgil Van Dijk to score Salzburg’s first goal during their 4-3 Champions League loss at Anfield in 2019-20, and both players could soon be facing each other again in a Merseyside derby.

In other news, Everton reportedly want Juventus star this summer.