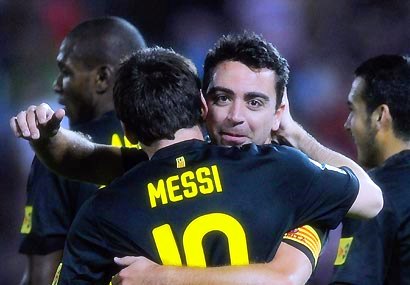 Group H sees Barcelona and AC Milan visit Viktoria Plzen and BATE Borisov respectively on Matchday 4 of the UEFA Champions League. Both these fixtures will decide whether the giants confirm their spots in the Round of 16 or will the smaller clubs still have a chance.

Plzen host Barca and this is their sixth visit to Czech Republic. In their previous five visits, they have an ordinary record of W2-D1-L2. But the Catalan giants are in fine form recently and they have not lost an official game in 22 matches now. Their last defeat came in April when they lost 2-1 away to Real Sociedad.

Pep Guardiola’s side have won their last three away games in Europe: Donetsk Shakhtar 0-1, Real Madrid 0-2 and BATE 0-5. Barcelona have also scored the most goals this year so far in the Champions League (9), only rivaled by their El Clasico rivals Real Madrid (8).

We must not ignore a very critical stat that Plzen are unbeaten at home this season. The debutant club has played four games and have won all of the home fixtures of the preliminary rounds and drew 1-1 with BATE.

Messi answered all his critics after he took rest from goal-scoring as he scored a hat-trick on the weekend against Mallorca in Nou Camp. In CL, Lionel Messi has had the most shots on target with eight but it’s David Villa who has scored in all three group games.

The last time Barca were held to a clean sheet in Champions League was way back in November 2009 against Rubin Kazan. Since, they have scored at least once in each of the 24 games.

Pedro is already out with an ankle injury but the latest concern for the Catalans is Xavi, who is having problems with his calf muscle. Ibrahim Afellay is the only long-term injury concern left for Guardiola; Afellay is out with knee ligament damage.

Center-backs Carles Puyol and Gerard Pique have already returned to first team action on the weekend against Mallorca.

The Czech team, however, is having trouble between the posts. Goalkeeper Marek Cech injured his knee playing in the 2-0 defeat in Nou Camp. His fellow shot-stopper, Roman Pavlik, returned to action after suffering knee ligament damage in July.