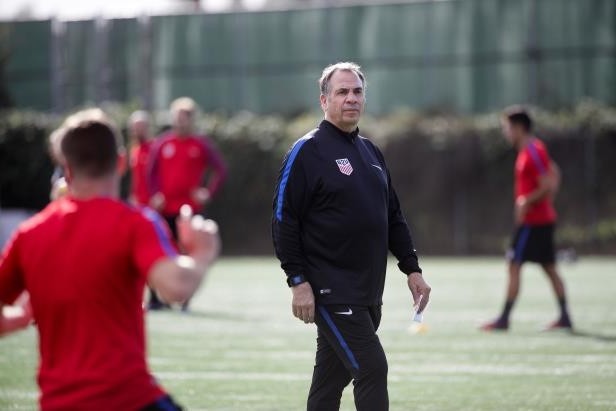 The United States started off 2017 and Bruce Arena’s second stint as manager with a disappointing 0-0 draw against a weak Serbian side. While the US team looked comfortable in possession, they failed to break the deadlock and even struggled to create good chances (1 shot on target). When the United States did get into dangerous positions, the quality of the final ball was lacking and attacking options in the box were limited. Most of the United States players performed adequately, but they seemed lacklustre going forward. Jozy Altidore failed to make any real impact on his 100th cap, and Michael Bradley seemed content dropping deep between the centre backs and playing lateral passes. Jermaine Jones never really found a rhythm and was replaced at halftime by Sebastian Lletget.

While the veterans failed to impress, some of the lesser-known names put in good shifts. Sasha Kljestan and Benny Feilhaber (names that were forgotten under Klinsmann’s reign) both looked good in the CAM position, while Agudelo, Sebastian Lletget and Jordan Morris all contributed to some attacking moves.

Darlington Nagbe was certainly a bright spot in today’s fixture. The Portland Timbers midfielder, making his first start for the US, was one of the few players willing to run at defenders and always seemed eager to get forward. A brilliant turn in his own half sparked a decent counterattack for the States in the 25th minute, yet the move proved fruitless. The 26-year-old tacked on two shots shortly after, both of which barely curled outside of the far post. Nagbe was quieter in the second half and was replaced in the 87th minute by Juan Agudelo.

The United States back line played well but were never really tested. Arena used Graham Zusi as a wingback, a new position for the Kansas City veteran, who actually settled nicely to the position and looked quite natural. Additionally, Villafana looked comfortable after replacing Greg Garza in the 69th minute. Goalkeeper Nick Rimando kept a clean sheet, and made a huge save in the 89th minute but went the majority of the match without much work to do.

Overall the result was unsatisfactory and the United States looked incredibly flat-footed. Serbia was missing their best players, who are currently tied up in Europe and fielded a starting lineup featuring 10 previously uncapped players. That said, the friendly was a good chance for Arena to test out some new tactics as well as see some younger, inexperienced players in action. The United States plays Jamaica on Friday to wrap up January camp. These friendlies, of course, are in preparation for the World Cup Qualifiers coming up in March. Luckily the Americans playing in Europe will be available for those fixtures, as today’s team consisted mostly of MLS players in their offseason.