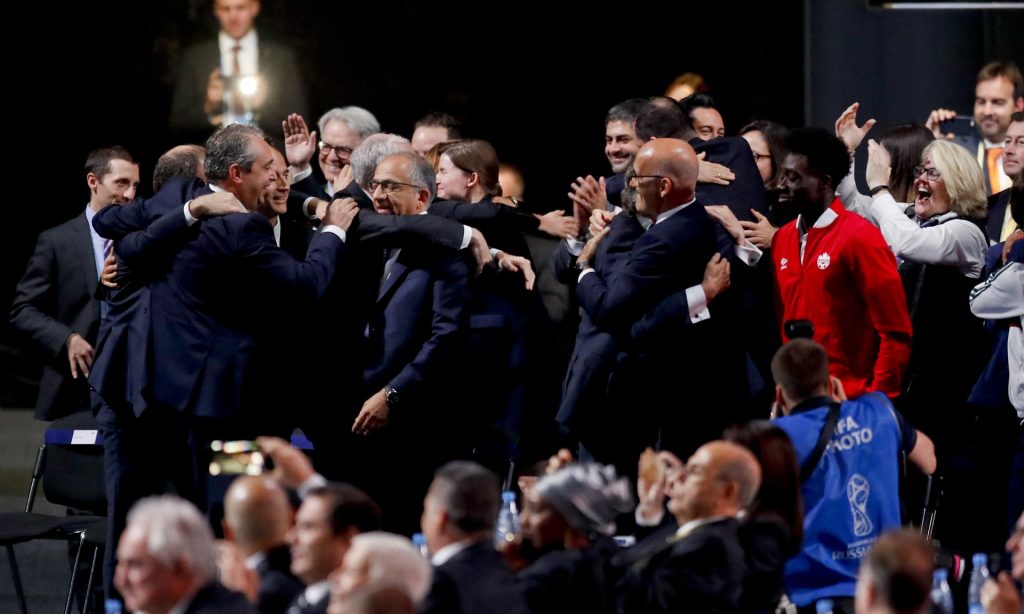 North America will now host the 2026 World Cup after beating Morocco by a margin of 69 votes.

The world will unite in North America! #United2026 has officially won the right to host the @FIFAWorldCup!

The 2026 World Cup will be expanded to 48 teams for the first time in its history as the United States, Canada and Mexico prepare to host the biggest footballing event in the world.

Morocco wanted to host the World Cup but their bid failed after North America promised more revenue for FIFA.

North America secured 67% of the vote as compared to Morocco’s 33%.

Apparently, The US, Canada and Mexico joint bid promises profits of around £8.2bn for the FIFA associations. On the other hand, the Morocco bid will only deliver £4.48bn.

Furthermore, North America’s infrastructure and resources also played a big part in them winning the bid to host the prestigious tournament.

They have a total of 23 stadiums, already built or under construction, at their disposal. Morocco, on the other hand, will need to renovate all of the 14 stadiums in its bid book.