FIFA ranked #7 side Uruguay saw this as their easiest 3 points of the group stages, with the tougher matches against England and Italy where they may have to dig deep. Costa Rica had other ideas though as he CONCACAF nation stunned everyone with a 3-1 win and a display of teamwork and desire that many of the other 31 nations will observe with envy. 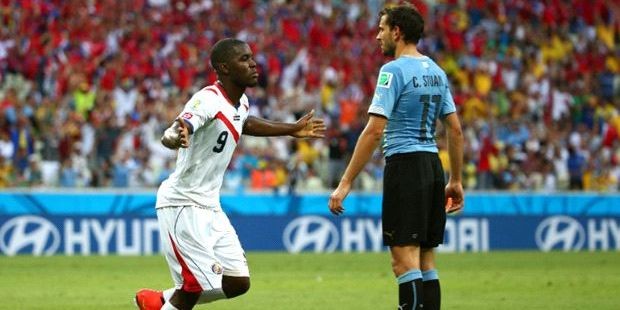 Right from the starting whistle, underdogs Costa Rica displayed their passion and ability to fight it out with the big-guns they were drawn against in Group D, hitting Uruguay with skillful penetrating runs and fluid attacking.

Joel Campbell looked especially dangerous on multiple occasions, scoring a great poacher’s goal and putting in a performance to give Arsene Wenger something to think about. The Costa Rican striker has been at Arsenal since 2011 without making an appearance for the London club. In the latest of multiple loan spells in Europe, he last season won the Greek Superleague with Olympiacos.

In the most part Uruguay bossed the first half and went in at the break leading 1-0 from another debatable penalty. Costa Rica were adamant it shouldn’t have stood but the referee awarded in favor of Uruguay. Paris Saint-Germain striker, Edinson Cavani, converted successfully to put his side ahead.

Óscar Tabárez’s men couldn’t hold onto their lead though and massively struggled to contain Costa Rica in the second half. Within 10 minutes of coming back onto the pitch, Joel Campbell put his side deservedly level.

Jorge Luis Pinto’s men had Uruguay at sixes-and-sevens in their box and when the ball fell to Joel Campbell he made no mistake. Within 3 minutes the Ticos were ahead, through a very well taken header by defender Oscar Duarte. FC Copenhagen man, Christian Bolaños, floated in a fine free kick and Duarte showed grit to get his head on it under tight pressure.

Costa Rica maintained their threat and Uruguay showed signs of feeling the strain when they sent out Luis Suarez to warm up. The Liverpool godlen-boy didn’t end up making an appearance but it was clearly a statement of concern. The game-plan of winning this game comfortably and having the option to still rest him further didn’t go to plan.

The game was put further from their reach when Campbell turned provider, putting in a superb ball for substitute Ureno. The entire Costa Rica bench joined in the celebrations and the elation was clear to see. 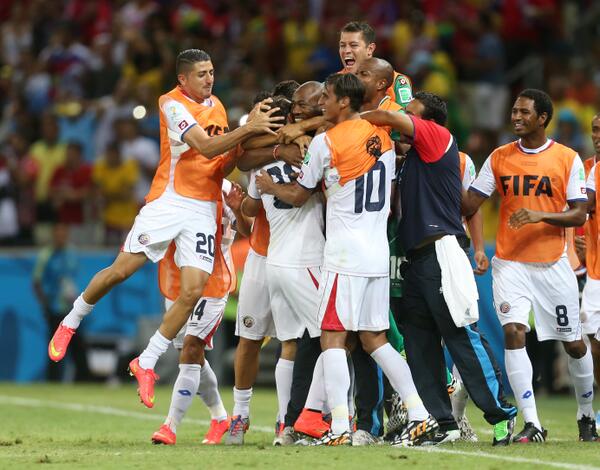 Uruguay could’ve rallied when the officials awarded five minutes of stoppage time, needing to come together as as team and emulate the Costa Ricans with 2 goals in close succession. But they didn’t show the required resilience, continuing to crumble, and even seeing red for Maxi Pereira for a cynical and unnecessarily harsh challenge on Joel Campbell.

Can Uruguay turn it around and still qualify with England and Italy left to play? 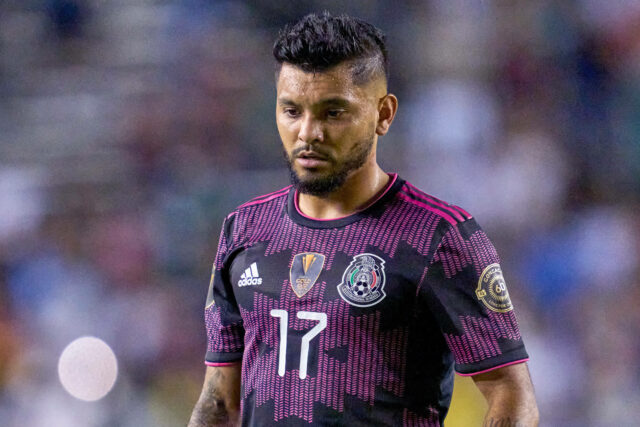