Are Manchester United and co third-best in Europe?

For the first time since 1996, there are no English representative in the Champions League quarterfinals. With the rise of Bundesliga, this could mean a possible drop to third position in the UEFA rankings for Premier League – which started the season on top, above Spain and Germany.

Currently, La Liga sit six points clear of the Premier League and with three teams still in the Champions League, they can extend their lead on top. Bundesliga is third and they are four points behind England. A single win for each of the German teams can see them secure the second spot.

However, the leagues get equal points for Champions League and Europa League, Chelsea, Tottenham and Newcastle United can still save England’s current position. Although VfB Stuttgart is also playing in Europa, with Borussia Dortmund and Bayern Munich in the Champions League, it makes three teams for Germany as well.

After Arsenal’s exit at the hands of Bayern, Arsene Wenger rightly called it a “massive wake-up call” for English football. He told reporters:

“It’s a massive wake-up call for us and it means that the rest of European football has caught up with us. We have to take that into consideration when we talk about the Premier League in the future.”

England began the current campaign on top of the UEFA coefficient rankings with 84.41 points, fractionally ahead of Spain (84.186). The latest rankings, which are updated after each round of UEFA club competition matches, see Spain top the charts with 86.453 points and England trail them with 80.106 points while Germany have 76.757 points.

With chief executives slamming the Premier League already, this will come as a defining blow to England’s top tier competition which has long claimed to be the best in the world. First it was the two horses of Spain that overtook England with a little help from Malaga. Now, Bundesliga are closer than ever to add some foundation to their claims of being better than Premier League.

The coefficient rankings are based on the results of each association’s clubs in the five previous European seasons. The rankings determine the number of places allotted to an association in the forthcoming UEFA club competition.

Finally, four points are awarded for participation in the group stage of the Champions League and another four for qualifying for the Round of 16.

The UEFA country coefficient is calculated by averaging the points obtained by all the clubs representing an association in both of that season’s European club competitions. The average is than tallied with the previous four seasons to calculate the coefficient.

England’s domination in Europe has been fading for a couple of seasons now. Although since the all-English Champions League final in 2007/08, there has been an English team in the final on three out of the four occasions. 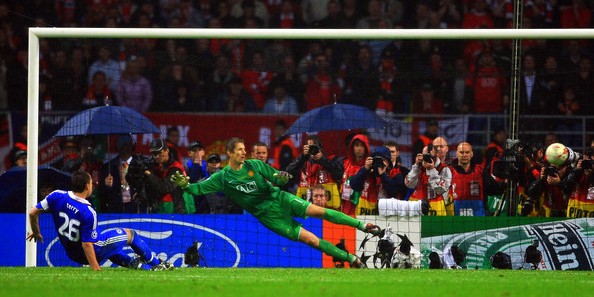 In 08/09, there were three English semifinalists, but Barcelona took the crown in their memorable sextuple-winning season under Pep Guardiola. The following season, Manchester United and Arsenal were both knocked out in the quarterfinals. United reached the final again in 10//11 but Barca were still too good for them.

Last season, Chelsea was the only English team to make it through the Round of 16 and they were the eventual winners of the competition. This season, their only hope of retaining the second spot on the country coefficient rankings lies in Europa League.

Chelsea and Newcastle face Steaua Bucuresti and Anzhi Makhachkala respectively and if they want to go through to the next round neither can afford an away goal as things stands right now. While Tottenham are heading to Italy to face Inter Milan but the Nerazzurri have a 3-0 deficit from White Hart Lane to overturn.

Football in Germany has been on a steady rise for some years now and it seems like their hard work is finally starting to pay off. 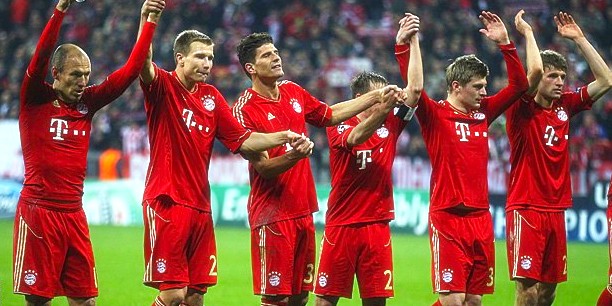 Bayern Munich has dominated domestically but in more recent years we have witnessed the emergence of teams like Stuttgart return to the throne for the first time since 1991/92 and VfL Wolfsburg win their first ever Bundesliga trophy in 2008/09. Dortmund won the league in 2010/11 and managed to retain their title last season.

In Europe, we have seen Bayern Munich played the Champions League final twice in the last three seasons. The other regular participant is Schalke 04, who reached the 2010/11 semifinal and the 2007/08 quarterfinals.

Schalke are not playing in Europe anymore this season but Bayern and Dortmund are awaiting their Champions League quarterfinal draw while Stuttgart have a two-goal deficit against Seria A side Lazio.

Other possible changes in UEFA rankings

The race for European domination is on but further down the table, Portugal are pushing France. Benfica have a one goal advantage over Bordeaux while PSG knocked out Valencia to reach the quarterfinals of the Champions League.

With Ajax’s elimination in the Round of 32 of the Europa League, Netherlands have lost their chance of chasing Russia for the 8th spot. The Russian Premier League are looking strong to overtake Ukraine by the end of may with three of their teams still in Europe.