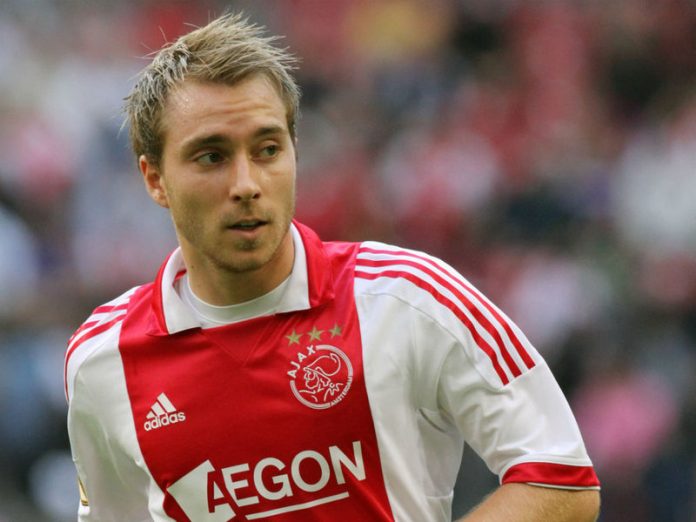 Ajax attacking-midfielder Christian Eriksen has remained a transfer target for Premier League side Tottenham Hotspur throughout this summer.

The 21-year old’s contract with the Dutch Eredivisie champions expires at the end of this season, and it doesn’t look like he will be extending his stay with Ajax.

A number of sides have been in the market for the Danish international for a number of years – most notably Manchester United, Liverpool, and Tottenham of the Premier League.

‘I will only go where my heart wants to go. I am patiently waiting what will happen in the next few weeks. But I have said before I only want to go to a club where I feel I can play at my best and which suits my style.’ – Christian Eriksen.

His asking price is said to be around the £12M mark, but Ajax are keen to cash in on him rather than risk losing the midfielder for nothing next summer, so they could accept a lower bid.

Last season, he scored 10 goals in 33 Eredivisie games, while grabbing 17 assists. He’s already started the 2013/14 campaign in similar fashion, with a goal and assist in his opening two league games for the Dutch side.

Making 33 appearances for the Denmark national team, Eriksen has eyed a move to a big European side for 12 months.

‘Christian is one of the best midfielders and one of the biggest talents in Europe. I think before the transfer window closes we will witness a big transfer.’’ – Eriksen’s agent Soren Lerby.

Before he even became a professional, the 21-year old held trials with Manchester United, Real Madrid, Barcelona, AC Milan, and Chelsea.

Tottenham scouts were said to have been watching him in a number of league games this campaign, and manager Andres Villas-Boas has previously revealed his admiration for the youngster.