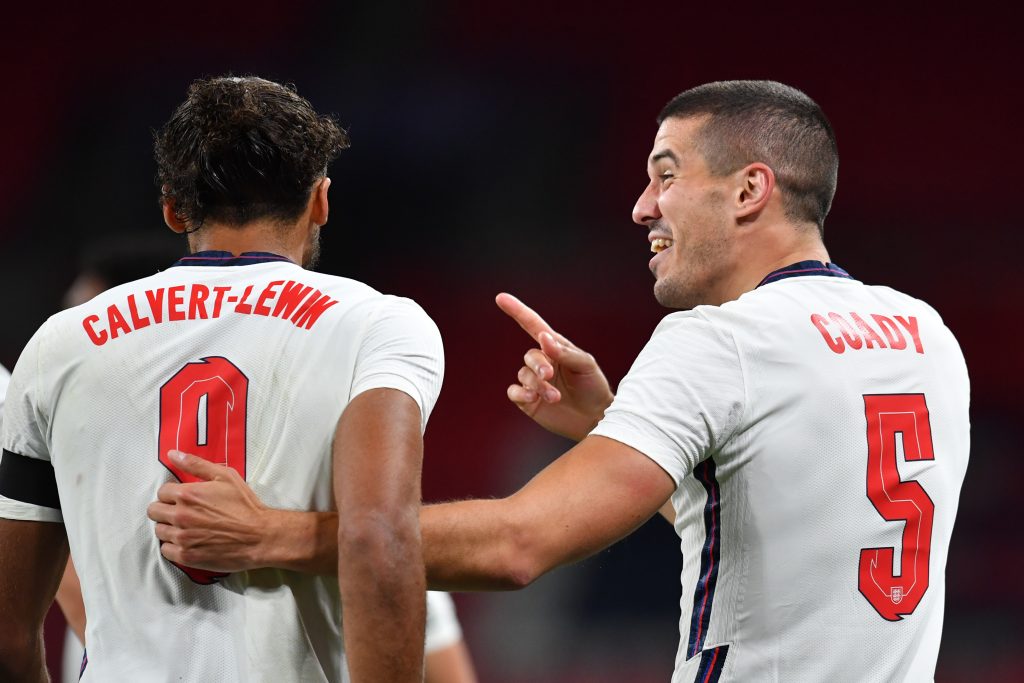 England secured a comfortable 3-0 victory over Wales last night in a friendly, and it was a dream debut for Everton striker Dominic Calvert-Lewin.

The 23-year-old continued his fine form to grab his 10th goal of the season, heading in Jack Grealish’s cross to score his first-ever international goal.

Calvert-Lewin wasn’t the only getting his debut goal for the Three Lions on the night.

Wolverhampton Wanderers centre-back Conor Coady ended a run of 111 games for club and country without a goal, scoring for the first time since April 2018.

Southampton striker Danny Ings bagged the third of the night with a great overhead kick, and his Tottenham Hotspur counterpart Harry Kane was impressed with what he saw.

The Spurs star was left out of the matchday squad by manager Gareth Southgate, with his eyes on Sunday’s Nations League clash against Belgium.

Kane has sent a message to the Everton striker and Wolves centre-back, reacting thus to their performance on Twitter:

Great performance. Congrats to the lads on their debuts and first goals. 🦁🦁🦁 https://t.co/GnOjGEs7SJ

It was the first time three players all scored their first England goals in a game since 1963, with Calvert-Lewin becoming the 188th player to score on his England debut.

He is the first Everton player to do so since 1964 and will now hope to make it to the European Championships.

The Toffees star already has two hat-tricks so far this term, and he will be keen to give Kane a run for his money as far as a starting berth in the national team goes.