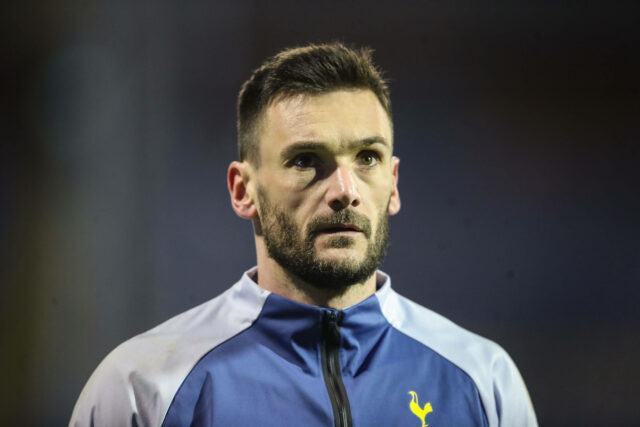 Tottenham Hotspur were eliminated from the Europa League round of 16 knockout stage after losing 3-0 against Dinamo Zagreb on Thursday night.

Spurs were leading the first-leg 2-0 after a one-sided first encounter in London. However, they produced a lacklustre performance on the night, as they were knocked out of the competition.

Mislav Orsic scored a sublime hat-trick and completed a remarkable second-leg turnaround for the Croatian champions.

After the match, Spurs skipper Hugo Lloris has branded the exit as a “disgrace” and says the result reflects “what’s going on in the club”.

The French goalkeeper didn’t give any excuse after the game and suggested to BT Sport that there are problems both on and off the pitch at the club.

Lloris, who is on £100k-per-week wages at the club, looked disconsolate after the game and suggested that everyone in the dressing room should feel responsible for the situation.

Many Spurs fans have taken to Twitter to express their reaction after the game, and some of them are happy that Lloris spoke the truth.

That is some interview. Say what you will about his performances, but for someone who obviously loves the club to be here as long as he has, for someone who clearly has alot of respect at the club, that's one hell of a powerful message to send to all.

So what IS happening at the club? He dares not go deeper, totally understand that, but what is he suggesting? I cant tell from this whether it is the players or the manager. However, when you have a manager promoting anti-football, I can understand players get demotivated!

At last a tiny bit of honesty and clarity. Players downing tools if they ain’t picked. Attitude in training and matches not there. We can all see it jogging about the pitch on a match day. He may be past his best but if everybody had his attitude we might actually get somewhere

Fair play Hugo, calling out the players who care more about themselves than the team, the last 2 performances have been poison, remember it was these players who got Pocc sacked because of exactly what Hugo says here, Jose must go, so must a few of these pretenders!

He's one of the most disgraceful ones out there

What I don’t understand is that we have the captain of England, Captain of France and Spurs, captain of Ivory Coast, captain of wales, and off the pitch the captain of South Korea and a leader of champions league and league winning teams. How tf do we have no fight versus Zagreb?

Lloris suggested that Spurs, who lost against Arsenal in the north London derby last week, need to be mentally stronger and competitive.

He feels that Spurs players are not playing or training as a team and that some of them are not stepping up with the right attitude.

In other news, check how Gary Lineker has reacted to Tottenham’s defeat vs Zagreb.