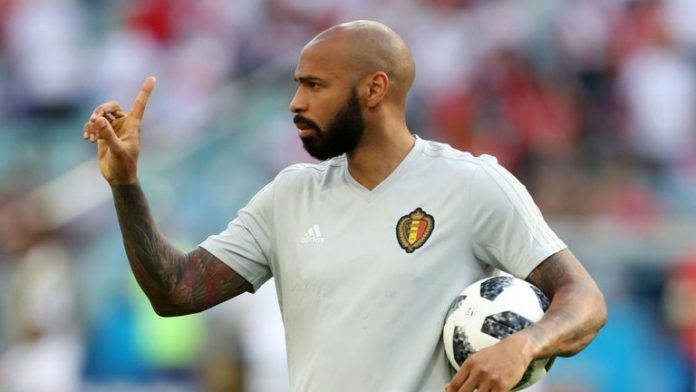 According to Daily Mail, the Frenchman will be Steve Bruce’s replacement and John Terry will join him as the number two.

Steve Bruce was sacked last week after a poor start to the season and it will be interesting to see if Henry can help the Championship side rediscover their form.

Villa were expected to fight for promotion this season and Henry will be under pressure to deliver.

The Championship outfit have already dropped a lot of points and they will need to bounce back immediately.

Despite the lack of experience, Henry should prove to be an interesting appointment. The Frenchman has impressed in his role as the Belgium assistant manager.

Aston Villa are in need of a proper style and some fresh ideas. Furthermore, a personality like Thierry Henry could motivate the players as well.

John Terry coming in will help as well. The former England captain played for Villa last season and he knows the players and the club well. Also, the former Chelsea player’s leadership qualities will be crucial off the pitch.

He announced his retirement as a player last night and the duo are expected to join Villa soon.

Here is how the Villa fans reacted to the news.

A legendary forward and a legendary defender. Plus millions of £ in back up. What could possibly go wrong ?

It could be a complete failure. But unless you buy a ticket you can’t win. He has a great understanding of the game. All we can do is show our support and keep faith. If he believes he can turn us round that’s good enough for me

Excited by the potential. It could be special. It could go tits up, but it’s time to take a new approach. We’ve tried the experienced dinosaur who knows the league. Time for something new. Henry and JT could give our players the lift they desperately need.

Certainly a risk, but an exciting one. Villa wouldn’t be boring anymore, that’s for sure!

So, going from a manager in Bruce who had bags of experience to 2 guys who have no managerial experience between them? Let’s all have a minute and think how Derby and Lampard are doing right now? Guys, we HAVE to be promoted THIS season!