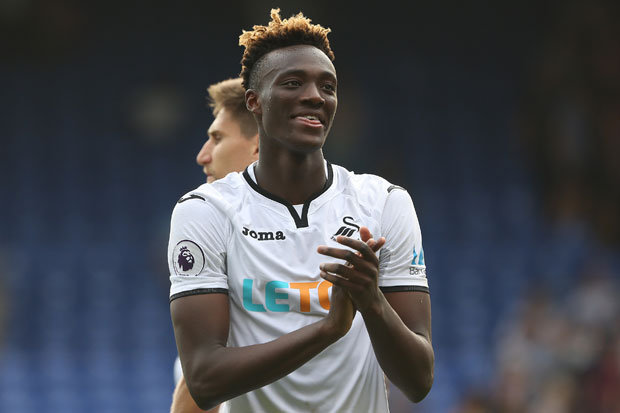 Aston Villa are reportedly leading the race to sign England international Tammy Abraham with Steve Bruce looking to sign the exciting youngster on loan before the transfer deadline day.

According to reports from The Mirror, Villa are leading the race to sign the Chelsea forward in the summer transfer window. And his signing would represent a terrific piece of business, and would boost Villa’s promotion chances.

Villa’s financial struggles have been well documented throughout the summer. Steve Bruce is left with no funds to bring in new faces, and he will have to sell players first to make additions, that too on loan.

As a result, the optimism around the club has decreased and it will further dampen the mood of the Villa fans should Jack Grealish leave the club this summer.

However, if they manage to sign Abraham, it would be a superb signing, and would change the outlook on Villa’s chances this season. Abraham spent last season on loan at Swansea and scored eight goals for the Wales club.

A year of experience of playing regular Premier League football has surely made him a better player, and although ideally he would love to continue playing in the Premier League, a move to Villa won’t be a bad option for him.

He has had success while playing in the Championship when he scored 23 goals in 41 Championship games for Bristol City in 2016-17. Villa still have the core squad and the arrival of Abraham would make them even better.