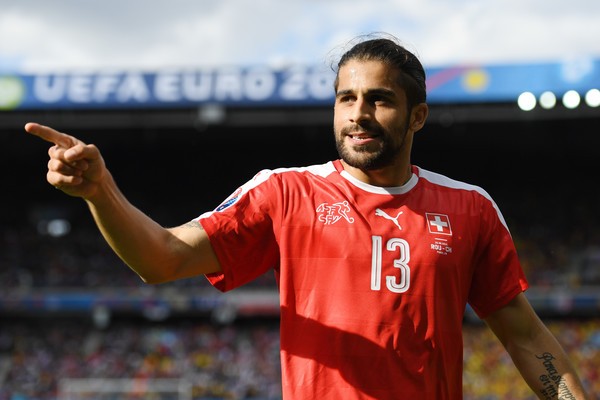 Switzerland take on Poland in the Round of 16 knockout tie at Stade Geoffroy-Guichard in Saint-Etienne on Saturday. The Swiss were far from convincing in their group stage games but did enough to qualify to the next round, remaining unbeaten throughout.

Poland have a good record against the Swiss, having lost just once in their last 10 meetings. This is the first time, Poland have made it to the knockout phase and are favourites with the bookies to win this tie. They have a balanced squad with a very strong defensive unit. Throughout the group stages, they haven’t conceded a single goal, but their strikers have performed well below the expectations.

Switzerland likewise have shown solidarity at the back, having conceded only once so far. The problem lies on the other end of the pitch. They have scored only twice during the group stages. So expect this to be a cagey and a low scoring match. Here are three key battles that could determine the game’s result.

The Pole striker has enjoyed a phenomenal 2015/16 campaign with Bayern Munich but has failed to score a single goal so far. In a 4-4-2 system, he usually drops deep and tries to influence the game with his creativity.

Xhaka has been outstanding in Euro 2016, producing some stellar performances in all the group games, and he will be tasked to keep Lewandowski quiet.

The Wolfsburg’s highly rated left-back is defensively strong and is equally good going forward. No wonder why Arsenal are interested in signing him, although he would cost around €25m.

His battle with Dortmund’s pacey winger Blaszczykowski will be very interesting. The 30-year-old is a constant threat on the right wing and his gladiatorial displays at Euro 2016 have attracted a new fan in Hollywood star Russel Crowe, who tweeted “Kuba !! Well done Poland. More hard work to come. Do boju Polska !!” after Poland won against Ukraine.

Milik gives the impression of a very talented striker. The Ajax striker, 22, gets into great shooting areas, possesses good speed and skill, but he seriously needs to work up on his finishing. Against Northern Ireland, he could have easily got a hat-trick had he taken his chances. Likewise, he missed a couple of sitters, against the Germans. He needs to be on top of his game to get the better of Schar, who has been brilliant for the Swiss throughout the group stages.